With all the free printable worksheets we have shared over the years, I was surprised when I realized that we have not shared a Rainbow Colors Worksheet. So for today’s Worksheet Wednesday I created this fun rainbow coloring page. 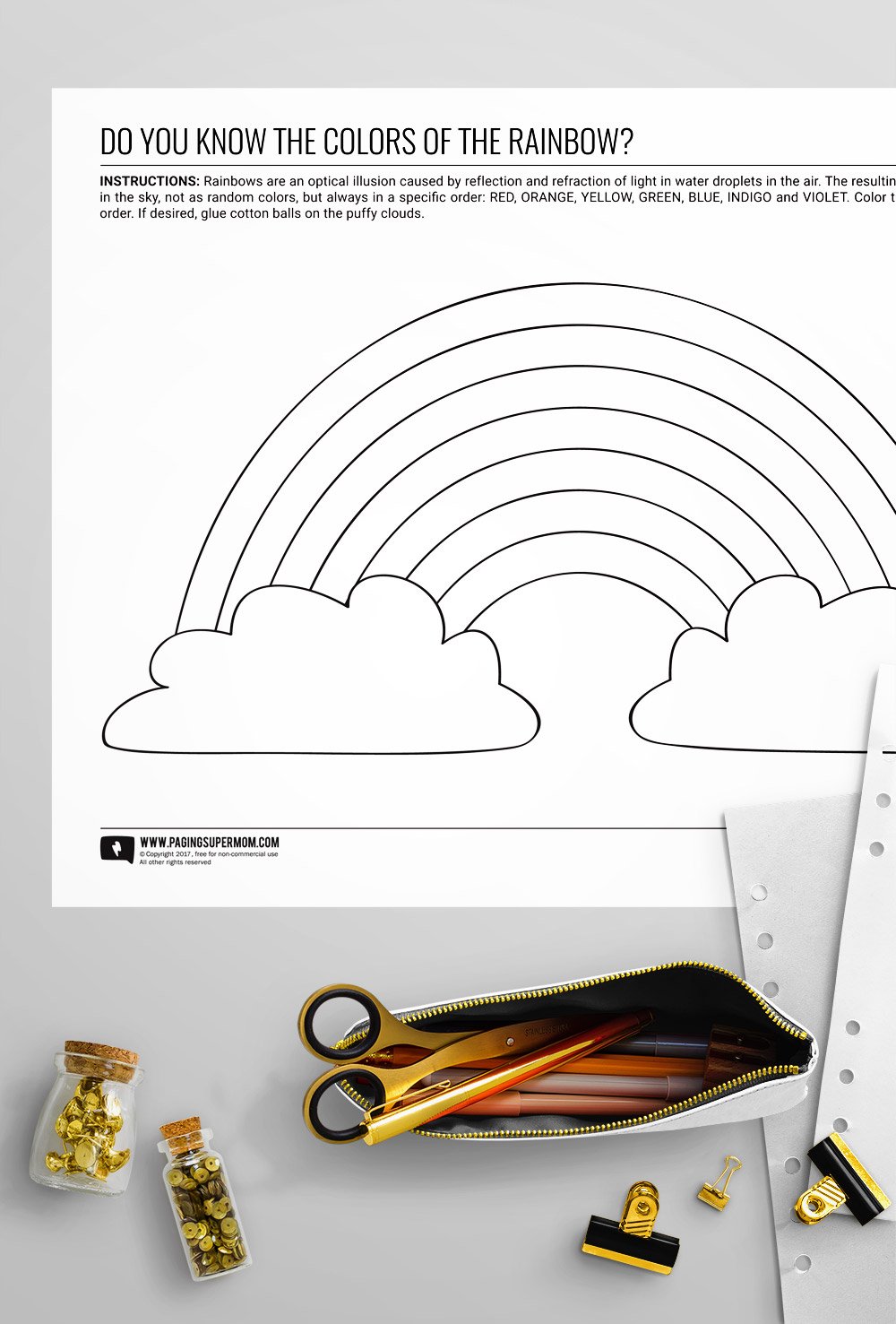 While this Rainbow Colors worksheet might seem like it’s just for little ones, it’s actually the perfect supplement to a science lesson about weather, light refraction or color theory. Older children will be ready to understand the light refraction concept and memorize the rainbow color order. Younger children will have fun coloring the picture and can listen while you explain things. As a homeschooling mama, I love finding a worksheet that can be used with a wide range of ages.

Rainbows come from an optical illusion caused by water droplets viewed from a certain angle relative to a light source.

While you are doing this Rainbow Colors worksheet, it might be a good time to note that it is actually impossible to reach the end of a rainbow — so sorry, but you won’t be finding that Leprechaun or his pot of gold! Rainbows come from an optical illusion caused by water droplets viewed from a certain angle relative to a light source. Thus, a rainbow is not an object and cannot be physically approached. In fact, it is impossible for an observer to see a rainbow at any angle other than 42 degrees from the direction opposite the light source. Even if you see another person who appears to be “under” or “at the end of” a rainbow, that person will see a different rainbow, farther off, and at that same 42-degree angle to themselves. Read more about rainbows on Wikipedia. 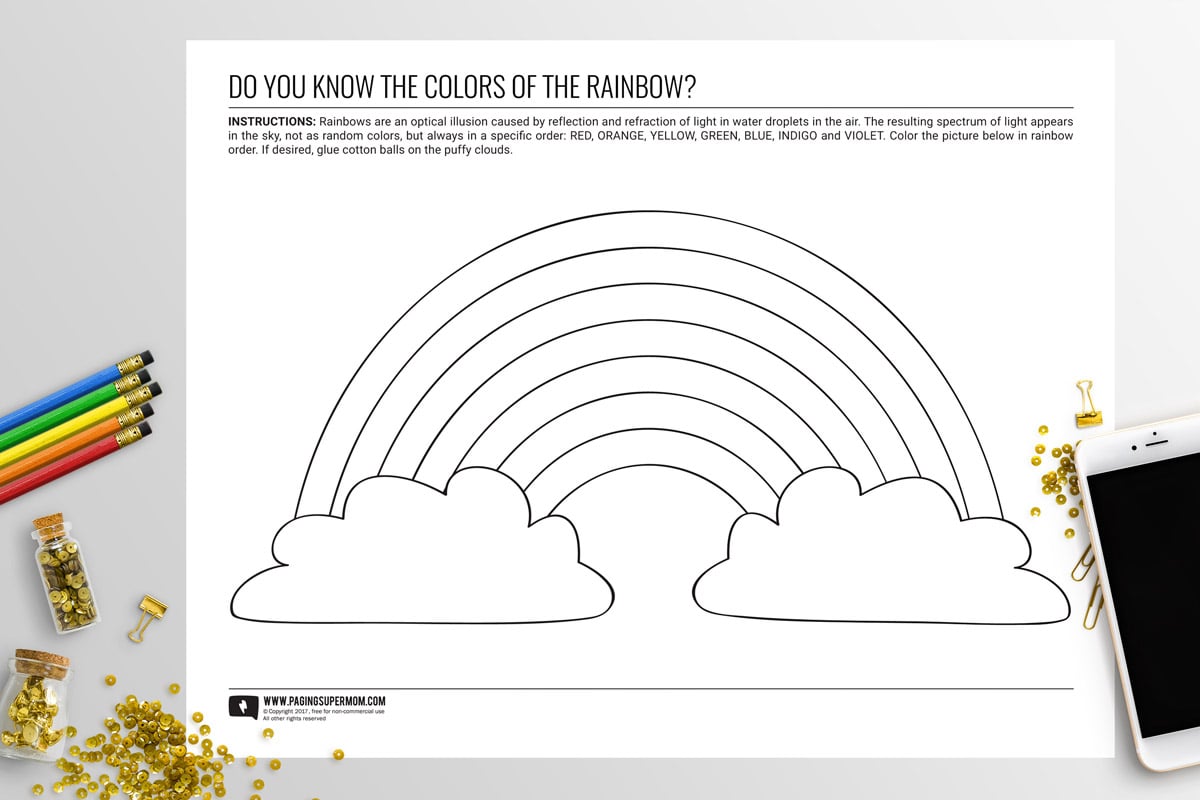 If you like this Rainbow Colors worksheet, you might also like this How to Draw a Star worksheet or check out all these fun rainbow kids crafts.