I’m throwing a baby shower next weekend for one of my good friends who is also expecting a little girl this Spring. Since I’ve got a lot to do to prepare for my own new baby, I wanted a simple theme that would be a breeze for me to pull together. 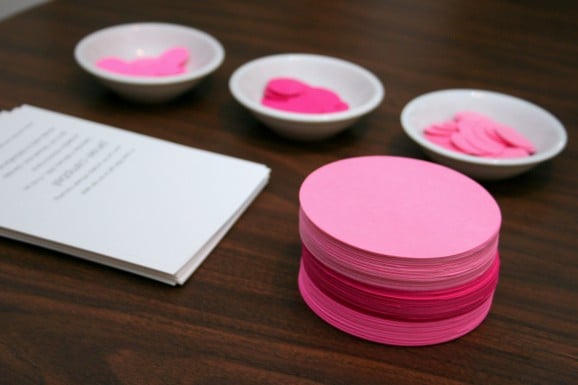 Do you remember the circle garland I made for the Tangled Birthday Party? Yes, the same one that I demonstrated on The Martha Stewart Show. Well with those easy garlands in mind I decided to make the baby shower theme pink circles. I will be making a bunch of garlands (12 to be exact), in three different shades of pink, to create a backdrop for the food table at the shower (that’s what that big stack of circles is for).

The circle garland also inspired the invitation, which features three circles sewn on in a sort of mini garland. These invites came together very quickly, and my favorite part is you get to recycle paper scraps to make them! 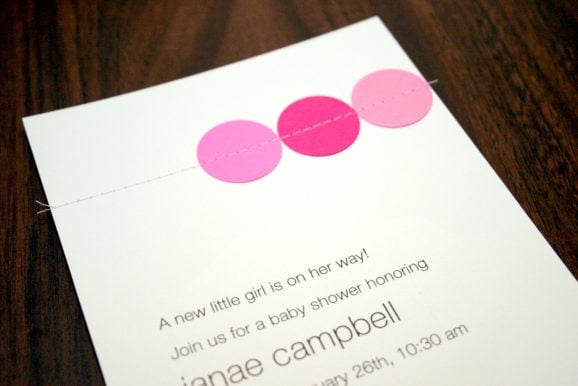 First layout your invitation text: I left-aligned my wording which is balanced out by the circles that are right-aligned at the top. A simple, san-serif font (like Helvetica) works best. My invite cards were approximately 5×7 inches so I could fit two-up on a page using landscape orientation. Print the invite cards in black and white on cardstock, and then cut down to size. 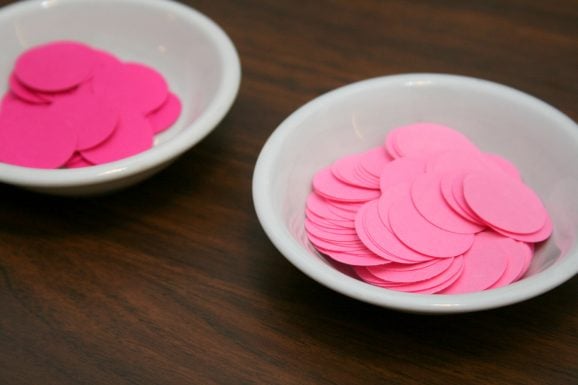 Use Martha’s Large Circle Cutter to make the 4-inch circles for the garlands, and be sure to save your scraps to cut out circles for the invitations using a one-inch punch. 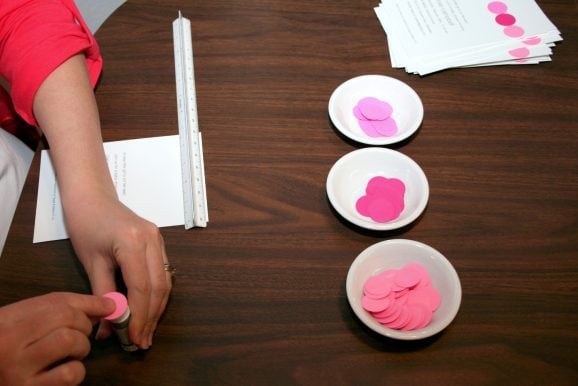 To make the sewing less stressful, I first glued the circles in place. 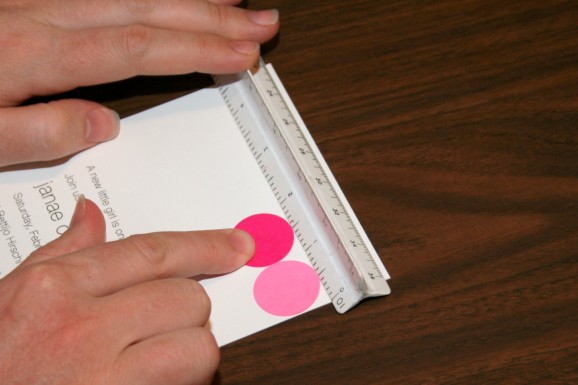 I used my trusty triangular ruler as a guide to get the circles on there straight. 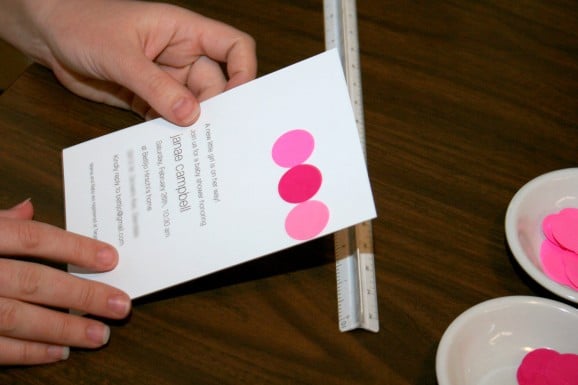 Once all three circles are glued on, the invitations are looking cute, but the perfect finishing touch is to run them through your sewing machine using a straight stitch. I love to sew on paper, in fact I use my sewing machine more for paper than fabric, but do remember that paper is less forgiving since once you poke that needle through the paper the hole is there to stay. It’s a good idea to test out sewing first on a scrap piece of paper until you figure out where to place the invites so they’ll feed correctly with your needle going straight through the center of the circles. 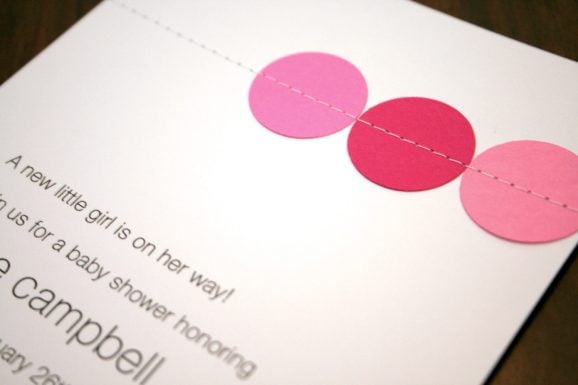 I was initially thinking of using gray thread since that is the accent color for the party, but after a trial run I decided the gray was far too noticeable. I swapped out for white thread and was much happier with the result — a more subtle touch that is about texture rather than color.

Bettijo is the founder and designer of Paging Supermom where she shares what she's dreamed up for family fun. Known for practical and kid-friendly activities, free printables and simple ideas for holidays. She is a single mom of three girls and one boy. Bettijo was a guest on the Martha Stewart Show and has frequently appeared on local television. Her work has also been featured in national magazines including Real Simple, O, Redbook, Parents, Family Circle, and Health. During quieter moments, she enjoys art, retro-modern design, photography and making new things. Bettijo lives with her four kiddos in Phoenix, Arizona.
Author Bio Box by HOI
Author:
Bettijo
Categories:
Mentions:
babies, baby shower
Keywords:
Not Specified
Last Updated:
June 26, 2021