We loved Disney’s Frozen movie and were inspired with a bunch of Frozen birthday party ideas. We have almost got everything ready to share, but today we are offering a sneak peek with this Frozen birthday cake idea and tutorial. 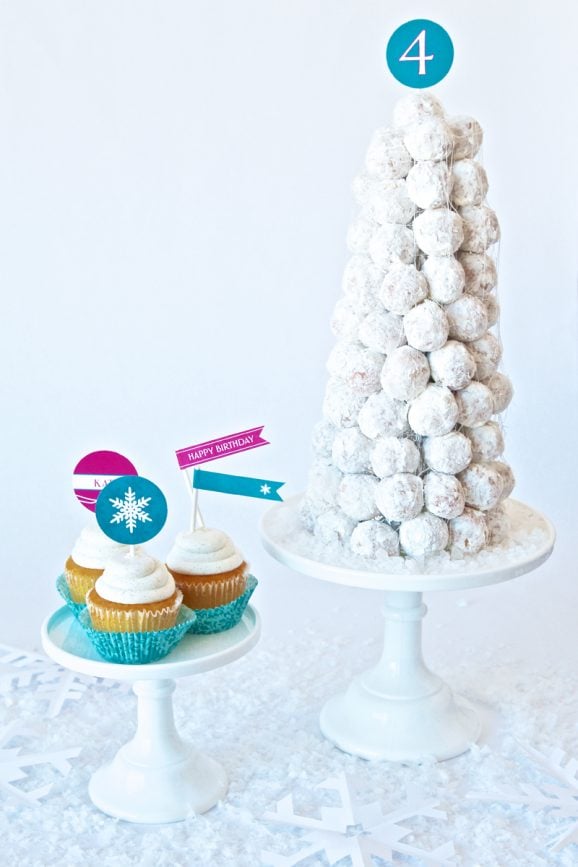 I’ve been calling this delicious tower of snowball goodness Elsa’s Frozen Blizzard Birthday Cake, and although it looks fantastic, it is deceptively easy to pull off. Inspired by the French classic Croquembouche dessert, only our snowball donut tower cake requires NO baking, NO frosting, and it really couldn’t be easier!

Most of our grocery stores carry miniature donuts now instead of the donut holes. These could work but they are less like a snowball; so I placed an order with my favorite donut shop. We used the sturdier toothpicks that have rounded edges, and the styrofoam cone is available at most craft stores.

TO MAKE: Completely cover the styrofoam cone with foil to make it food safe. If necessary, use tape to hold foil in place. Place the covered cone on the desired platter since it will be difficult to move once assembled. Begin by sticking a toothpick into the foam cone, about half an inch from the base and at a slightly upturned angle. Press in the toothpick until only about a half inch remains exposed. Press on the donut hole so it hangs from the toothpick. Repeat until you’ve gone around the entire base of the cone — we used approximately 13 donuts. Now begin the second layer. Stagger the donuts, and place the toothpick about a half inch up from the bottom row. Continue until you reach the top of the cone. It won’t take long, we completed building our tower in about 30 minutes. 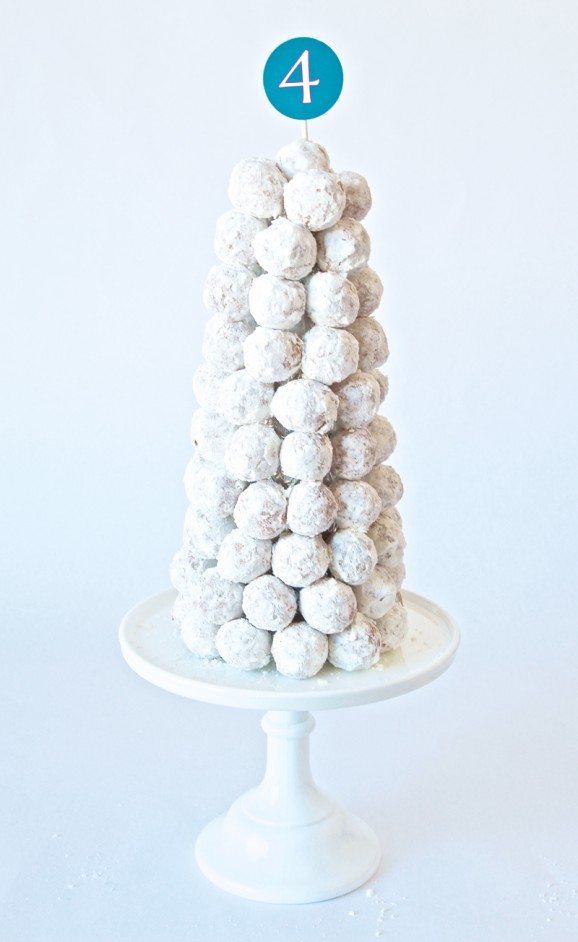 To give our snowball tower cake a more frozen appearance we added swirls of spun sugar, similar to what is seen on the classic Croquembouche. However, the Frozen Snowball Birthday Cake looks mighty impressive even without this detail, so if this is beyond your comfort level or you don’t have an extra 30 minutes just skip it — really! 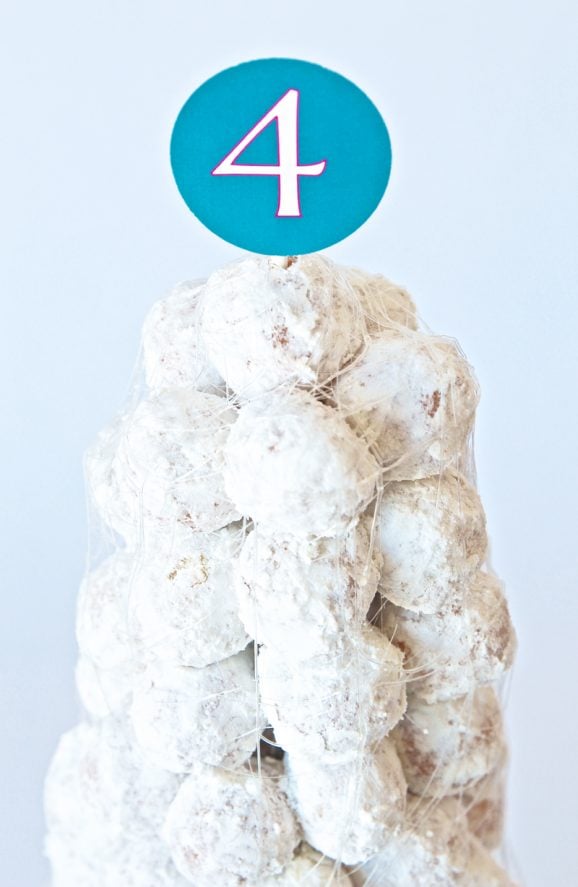 Combine all the ingredients in a saucepan and place on high heat. Bring the mixture to hard crack (300 degrees), stirring frequently. Remove from heat and immediately spin the mixture over your cake tower. To do this we held a fork in both hands and dipped them into the hot sugar mixture then lifted and swirled all around the tower. Repeat the dipping and swirling several times until you are happy with the appearance. Work quickly as your mixture will cool and harden. As I’m sure you can guess this process makes a mess of your work area, but it cleans up easily.

Finish by taping your favorite Frozen Topper to a toothpick or lollipop stick and place on top. POW! You’ve got a Frozen Birthday Cake that is sure to bring stars to your daughter’s eyes, and that’s a total Supermom Moment!