Our Star Gazing Party Hop is nearly over. (I know, I’m sad too!) We have a few more projects to share and be sure to check back tomorrow for a fabulous giveaway. Today we’re starting off with the Constellation Flashlights game that was Paging Supermom’s contribution to the party. 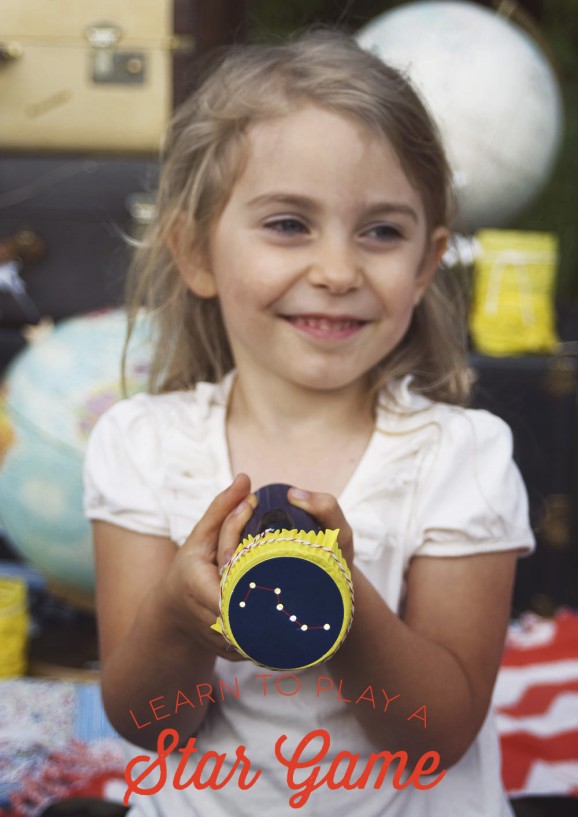 Kids are bound to enjoy the overall splendor of looking at the stars, but it might be difficult for them to pick out the constellations among the utter vastness of the night sky. These Constellation Flashlights are a fun way to bring constellations to life, and closer to earth, for your little guys. 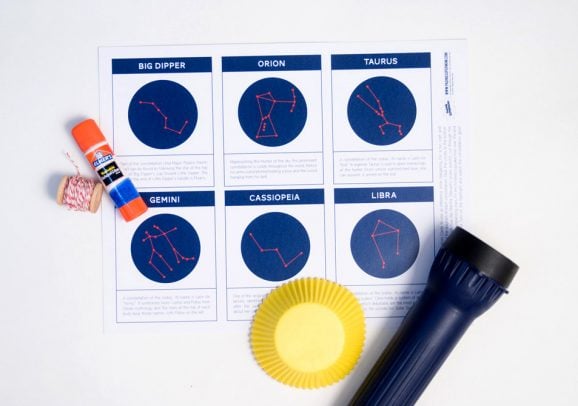 To make the Constellation Flashlight game you will need a flashlight of course — in fact you might want to have a few since these are bound to be a hit with the kids. You’ll also need six cupcake liners; our constellation cutouts template; scissors or 2-inch circle punch; glue stick; a mini hole punch (we prefer this one); and string.

Our template also includes a few facts about each of the constellations, and you may want to print an extra template to cut into trivia cards to have handy. 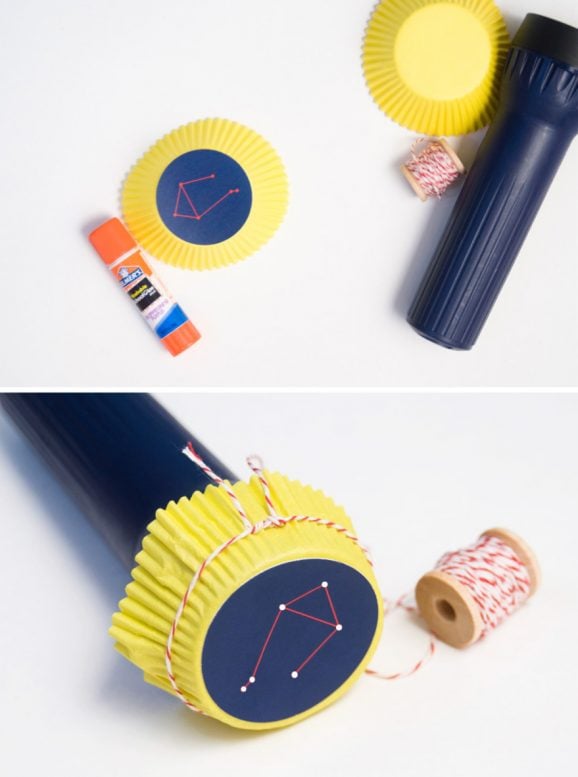 TO MAKE: Use the circle punch or scissors to cutout each of the six constellations circles from the template. Glue each cutout to the bottom of a cupcake liner. Carefully punch out the red circles that indicate stars in each of the constellations. Wrap the cupcake liner around the top of the flashlight and secure with string. You could affix the liners to the flashlight more permanently with a hot glue gun, but with string you can easily swap out and view the different constellations. 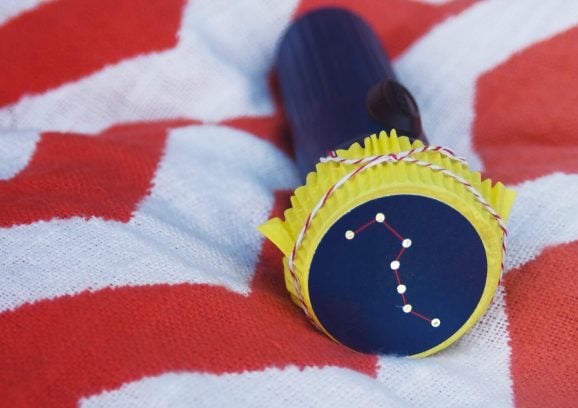 Now on to what I think is my favorite DIY project of the Star Gazing party hop — learn how to make these magnificent DIY Galaxy pillows from The Elephant of Surprise: 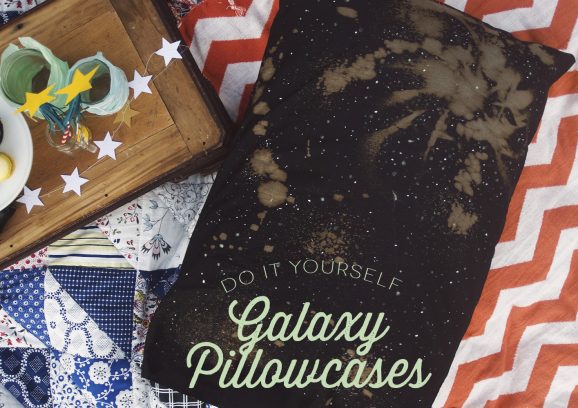 Star Crowns and Wands are easy to make with the free printable from Love the Day: 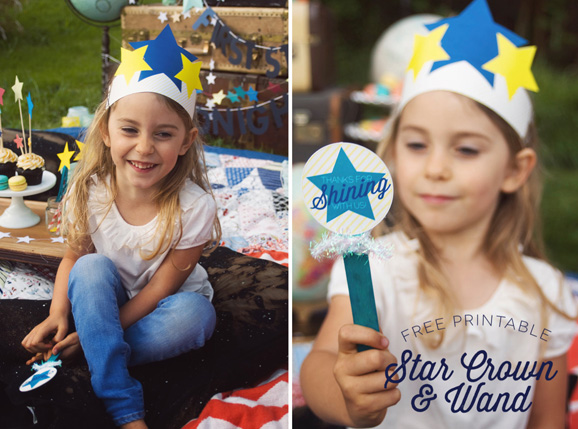 Download the free printable Constellation Guide from Lulu the Baker: 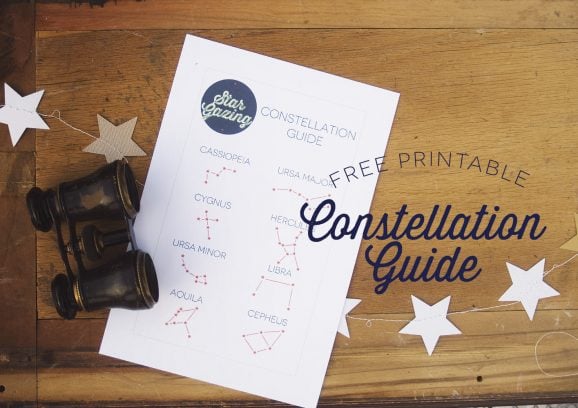 Send your guests home with a fun party favor bag including a free printable Star Chart from The Salty Pineapple: 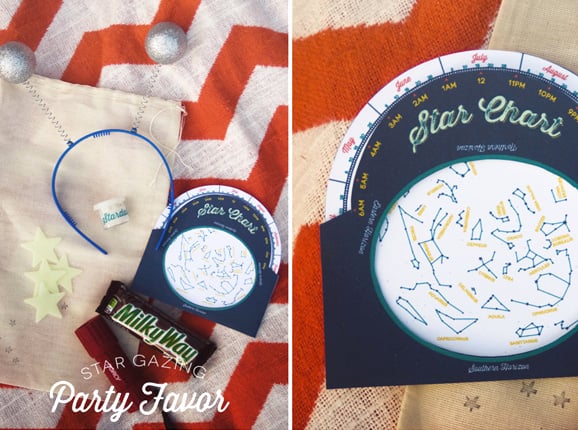