I’m working with Chinet on July Fourth ideas that are easy and stylish — I can’t wait to share them with you all in a few weeks. As I’ve been planning, I went looking for this easy patriotic centerpiece tutorial I created several years ago. I couldn’t find it until I remembered that we had actually shared it when we were contributing over on One Charming Party. I am guessing many of you missed this July 4th centerpiece post, and since it is such a simple idea with an incredibly striking result, I couldn’t resist sharing it again. 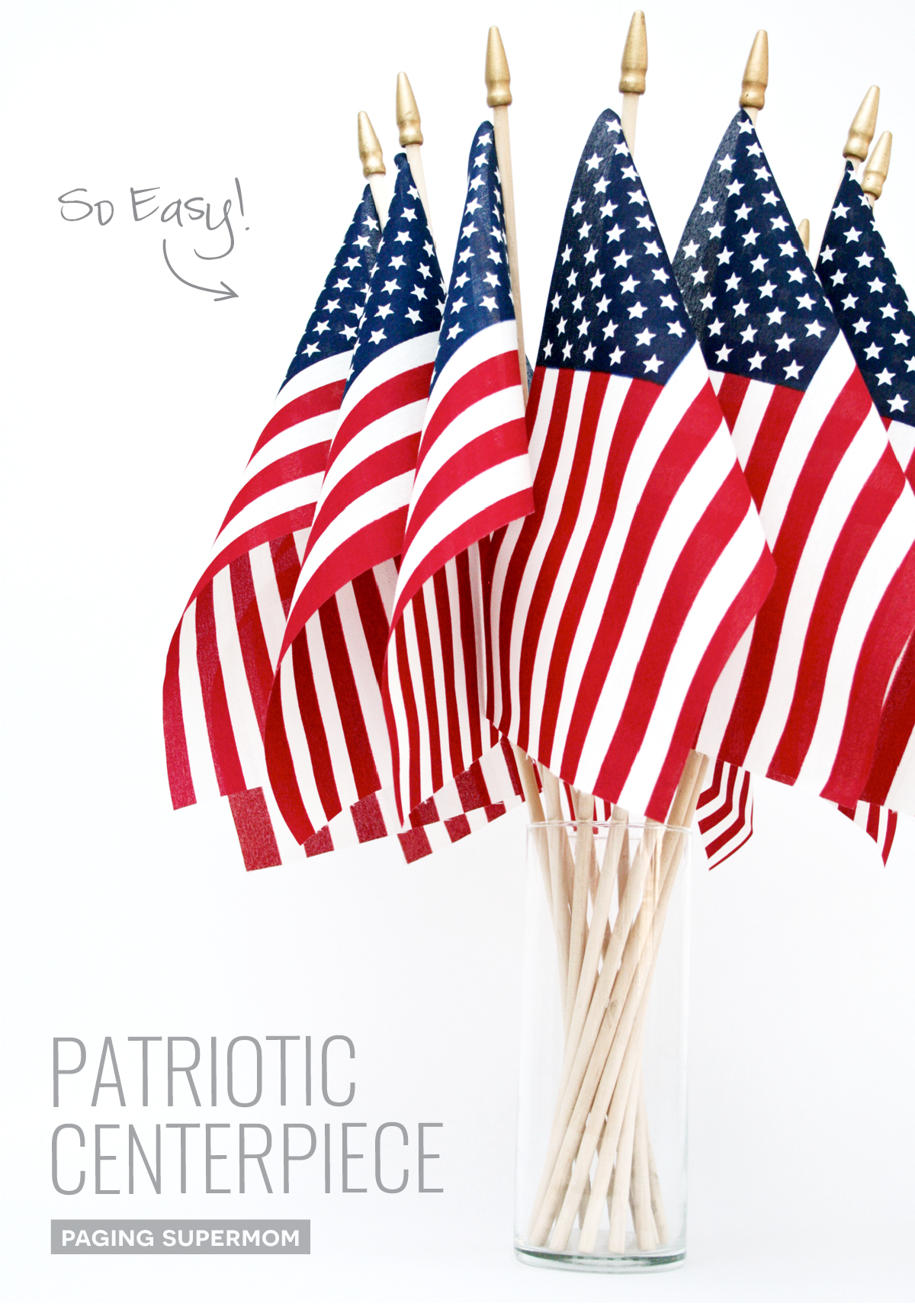 I can’t take all the credit for this July 4th Centerpiece idea because I first spotted this striking flag centerpiece in an antique shop’s window when we were on a family road trip in Bisbee, Arizona back in 2012. It was so impressive and grand that I was immediately stopped in my tracks. On further perusal, though, I realized it would really be quite simple to recreate. 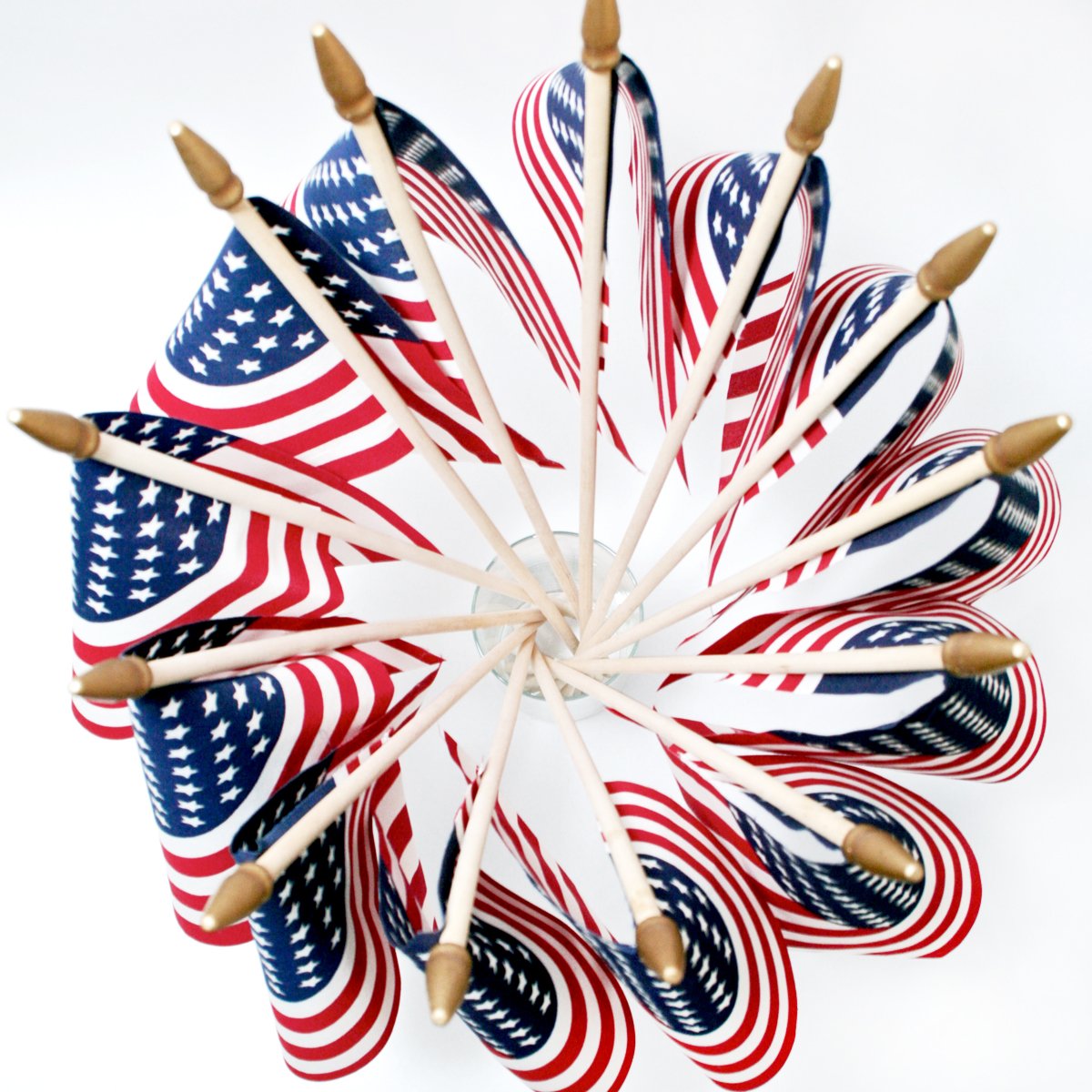 It was so impressive and grand that I was immediately stopped in my tracks. On further perusal, though, I realized it would really be quite simple to recreate. 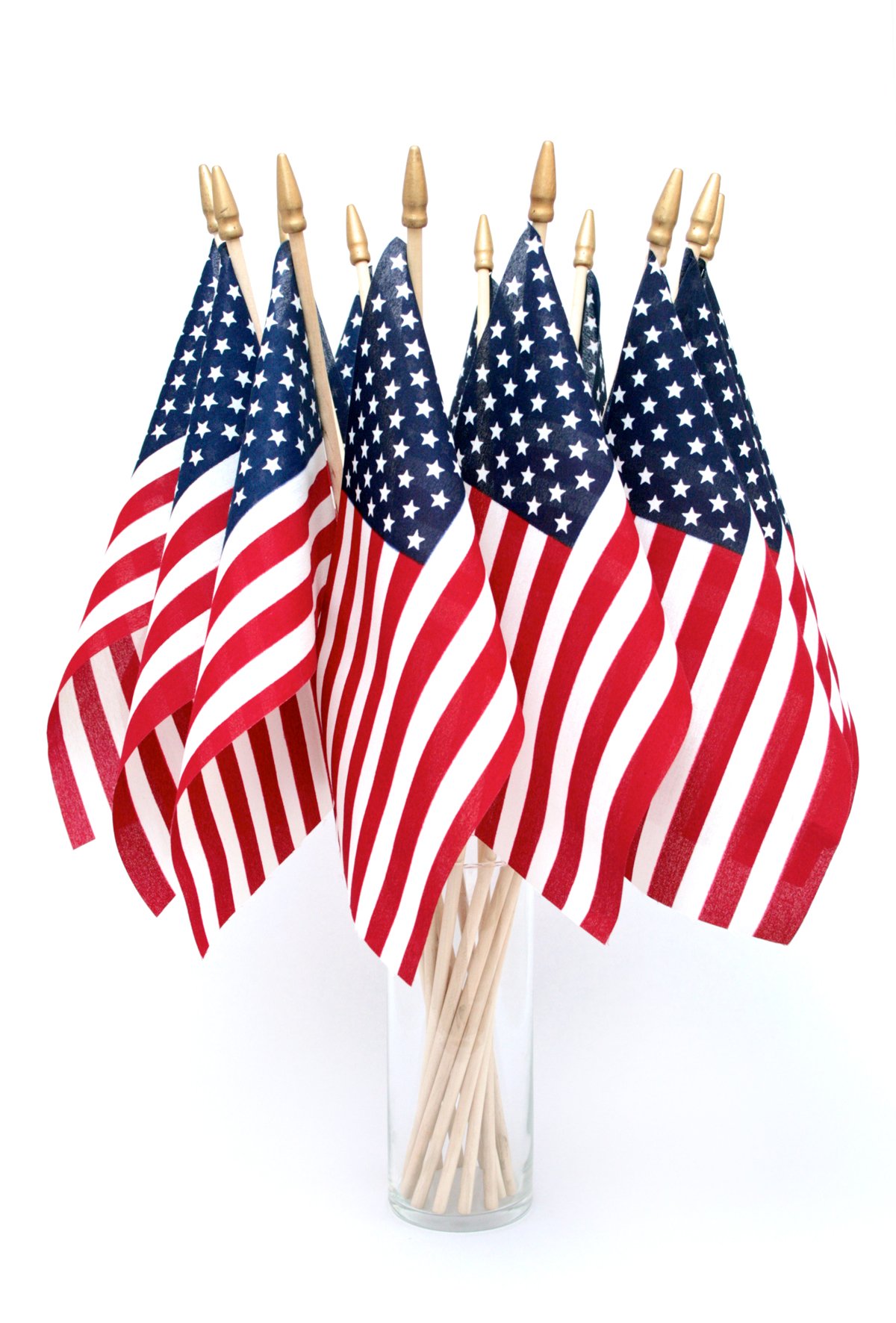 There are two keys to the perfection of this easy patriotic centerpiece:

FIRST use a lot of flags. From a design perspective, things are better in mass. When it comes to a main element, make it BIG or a repeat it a lot. Here we use 13 flags 8×12-inch American Flags. I actually stood there on the street in Bisbee and counted the flags through the window! I had my husband confirm, and it’s quite perfect because 13 is easy to remember as well — just think of the original 13 colonies!

SECOND and most critical to this flag centerpiece is the precise placement of each flag to create a uniform arrangement that is incredibly striking. I used a simple, straight-sided glass vase with a 3.5-inch opening. I actually love seeing the spiral of sticks through the simple glass vase. 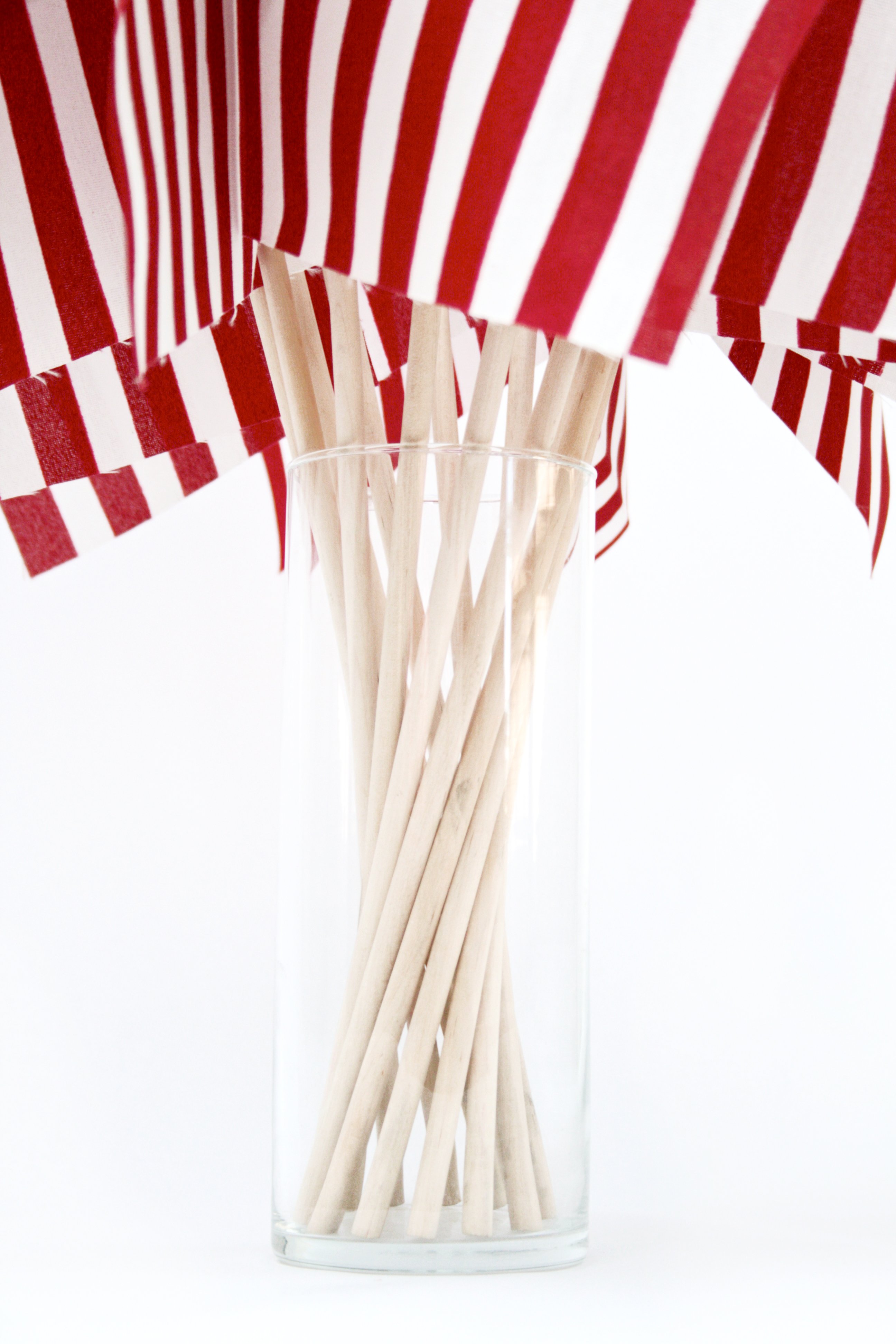 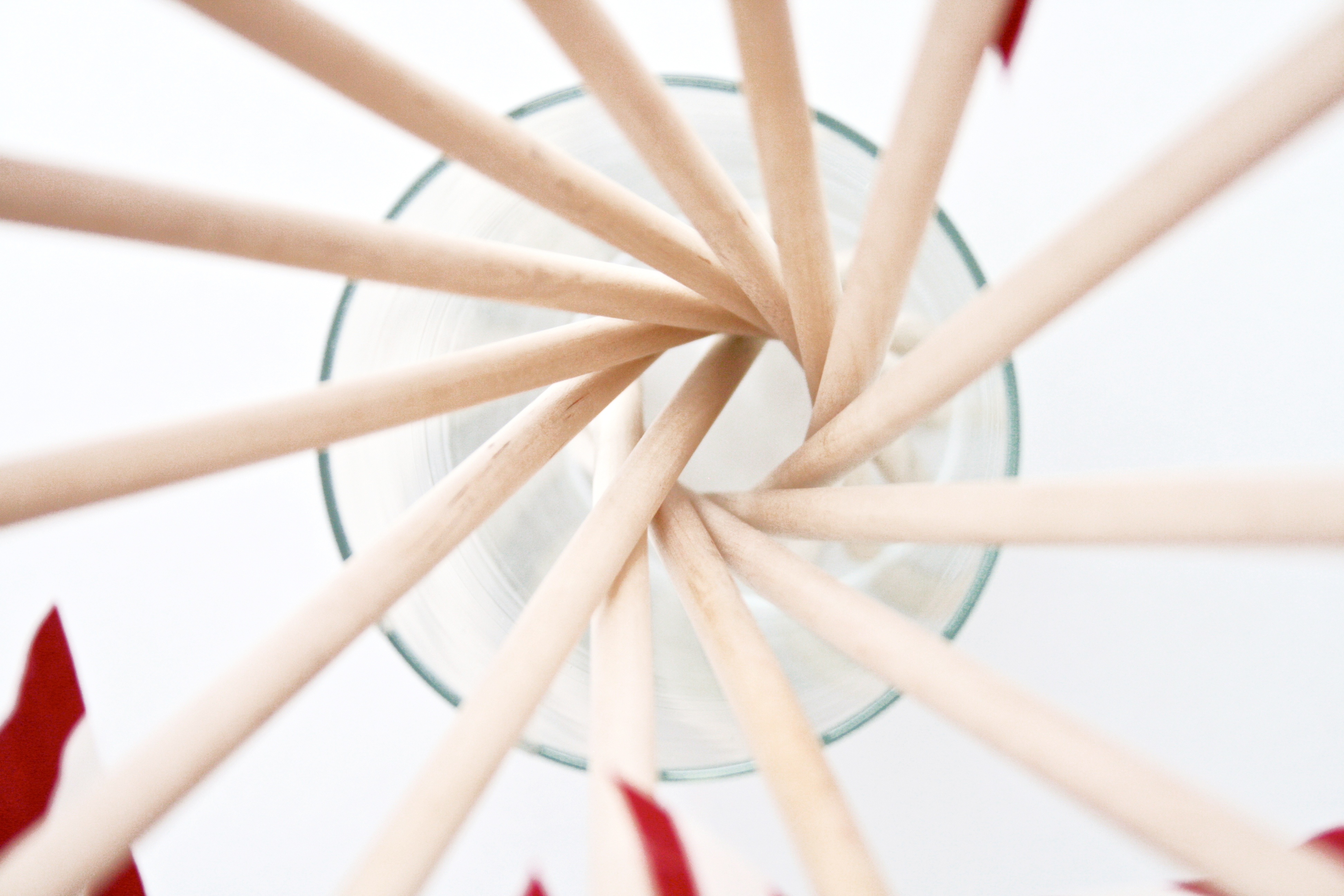 How to Make the Easy Patriotic Centerpiece

Look closely at one of your 8×12-inch American Flags, and you’ll see the flag is probably stapled to the stick, which means there is a certain direction the flag naturally wants to fall. Insert each flagpole into the clear cylinder glass vase with the flag dangling outward then pull the tail end of the flag in the opposite direction of the way it wants to fall, this will make a sort of cone shape as shown in the photo below. Repeat with each of the other flags, keeping your sticks evenly spaced and following a spiral pattern. 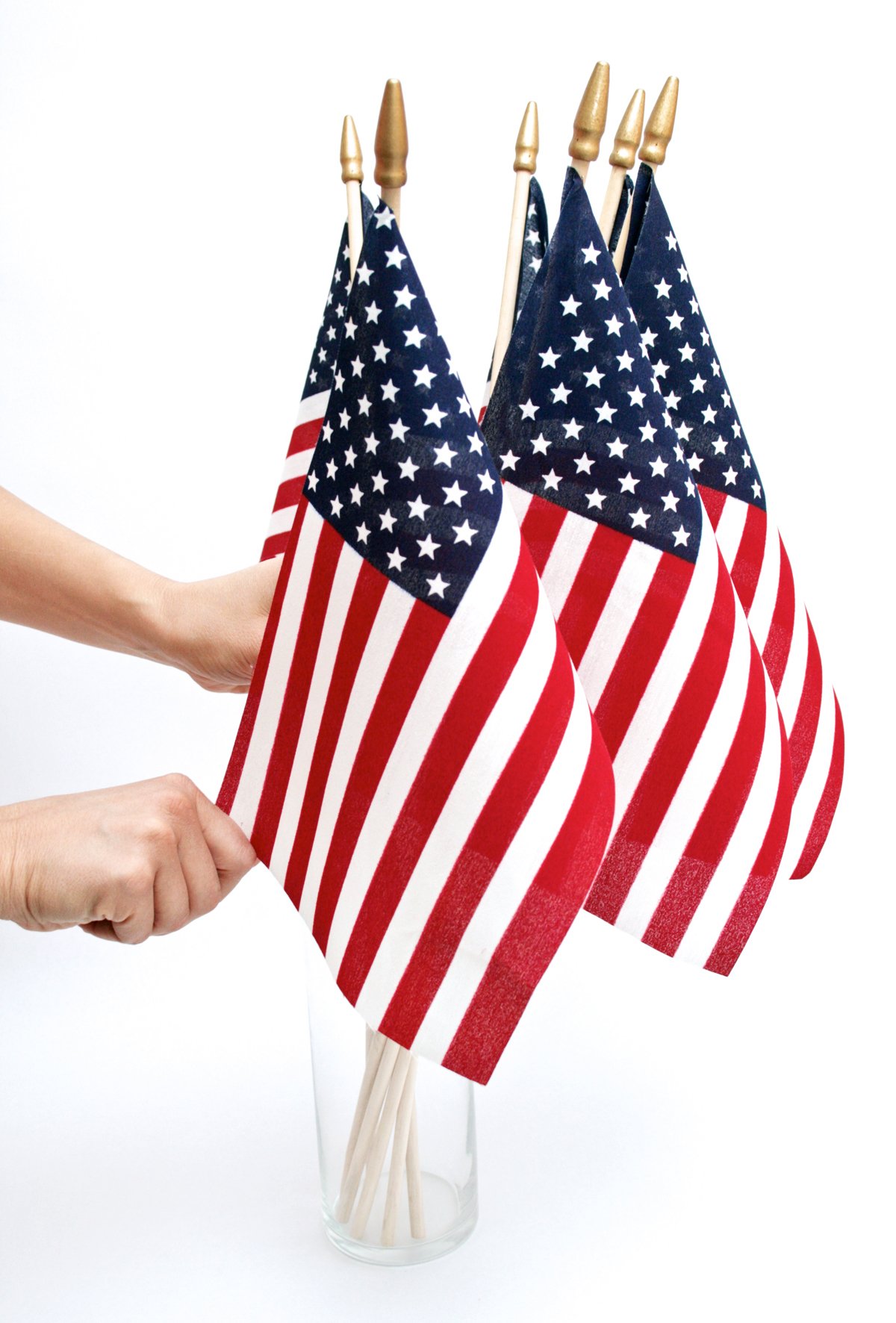 If you haven’t already, be sure to download my free printable USA Banner to make your home patriotic and ready for summer! 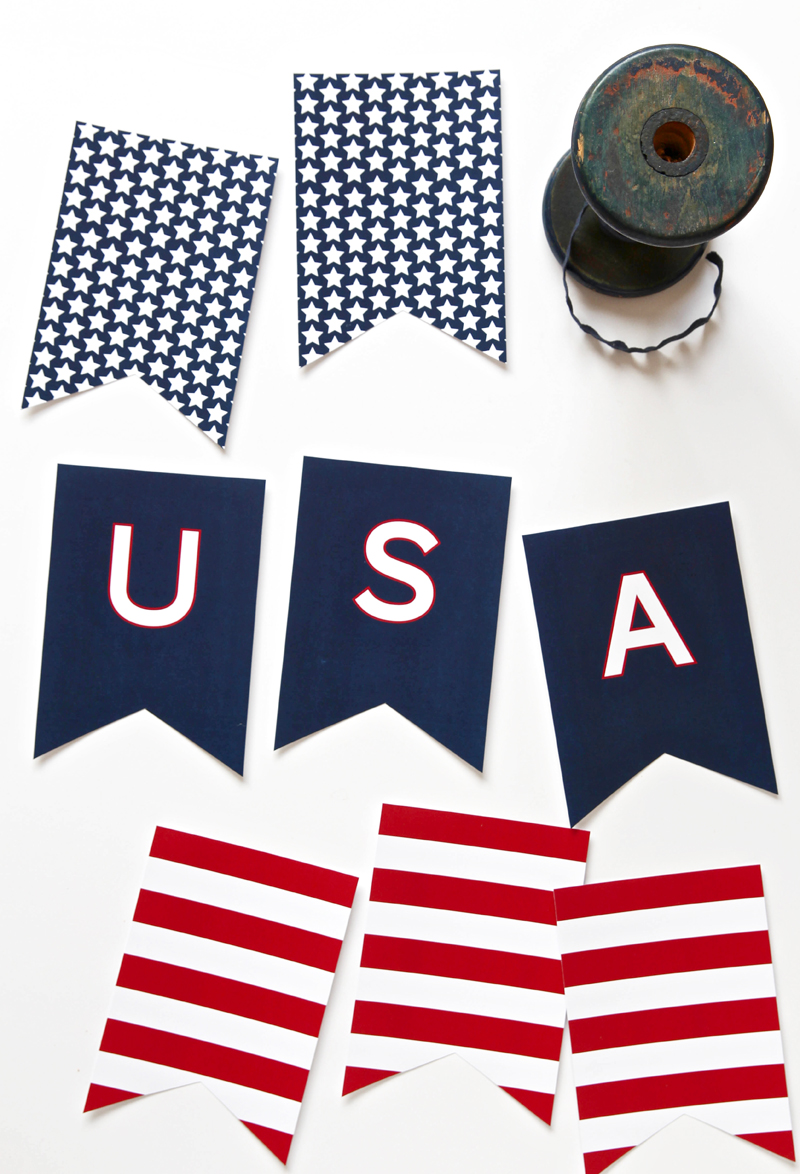 Bettijo is the founder and designer of Paging Supermom where she shares what she's dreamed up for family fun. Known for practical and kid-friendly activities, free printables and simple ideas for holidays. She is a single mom of three girls and one boy. Bettijo was a guest on the Martha Stewart Show and has frequently appeared on local television. Her work has also been featured in national magazines including Real Simple, O, Redbook, Parents, Family Circle, and Health. During quieter moments, she enjoys art, retro-modern design, photography and making new things. Bettijo lives with her four kiddos in Phoenix, Arizona.
Power Bio Box by Zyra App
You are here: Home style Easy Patriotic Centerpiece
Title:
Easy Patriotic Centerpiece
Authors:
Categories:
Mentions:
centerpieces, patriotic, summer, usa
Keywords:
Easy Patriotic Centerpiece
Last Updated:
June 26, 2021