Today I have a quick tutorial for the easiest girls cat costume. I dress up like a witch for Halloween every year, and of course a witch needs her trusty black cat. My little Modette was only too happy to oblige. Here is her adorable black cat costume that you can make in minutes. 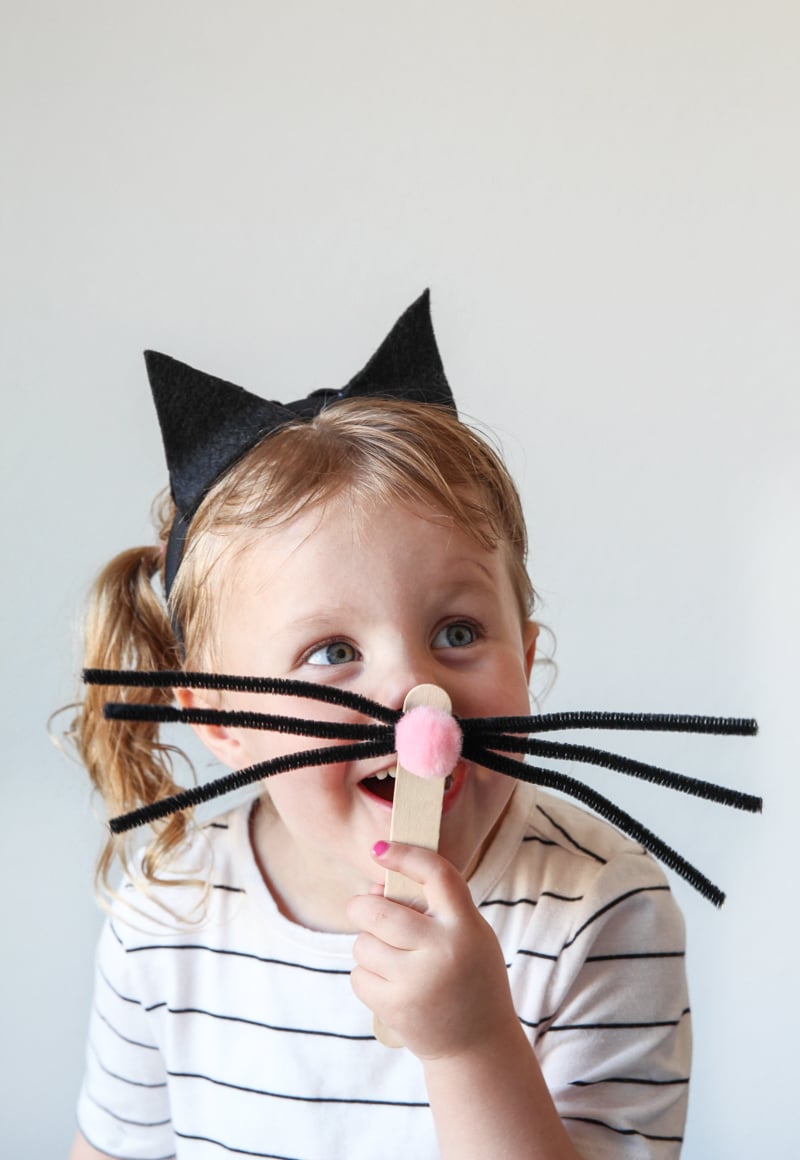 This girls cat costume is so easy to whip up even at the last minute. We had most of these items in our kid’s Bored Box already. I am guessing you might be able to make this black cat costume with things in your craft stash as well. Here’s what you need… 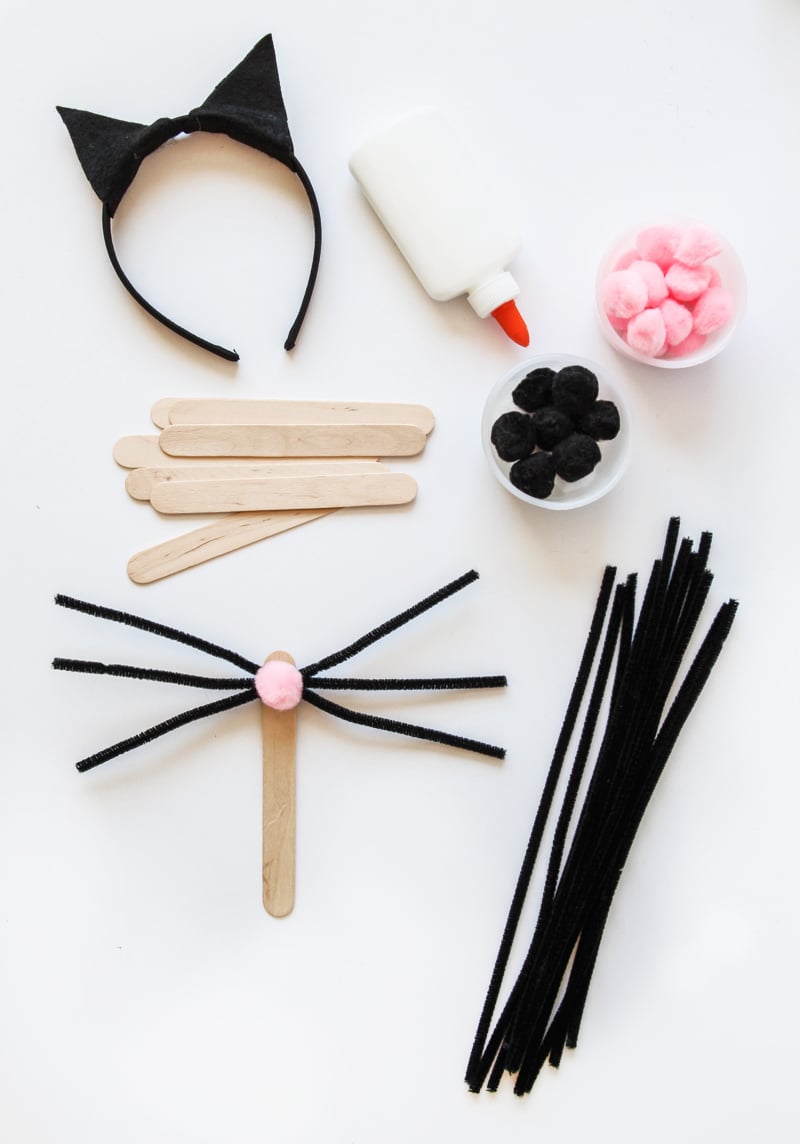 Our little kitty didn’t want something on her face so we glued her whiskers to a tongue depressor stick. If you want a hands-free version, attach the whiskers to clear elastic cording. Alternatively you can also draw on the whiskers with a black eyeliner. 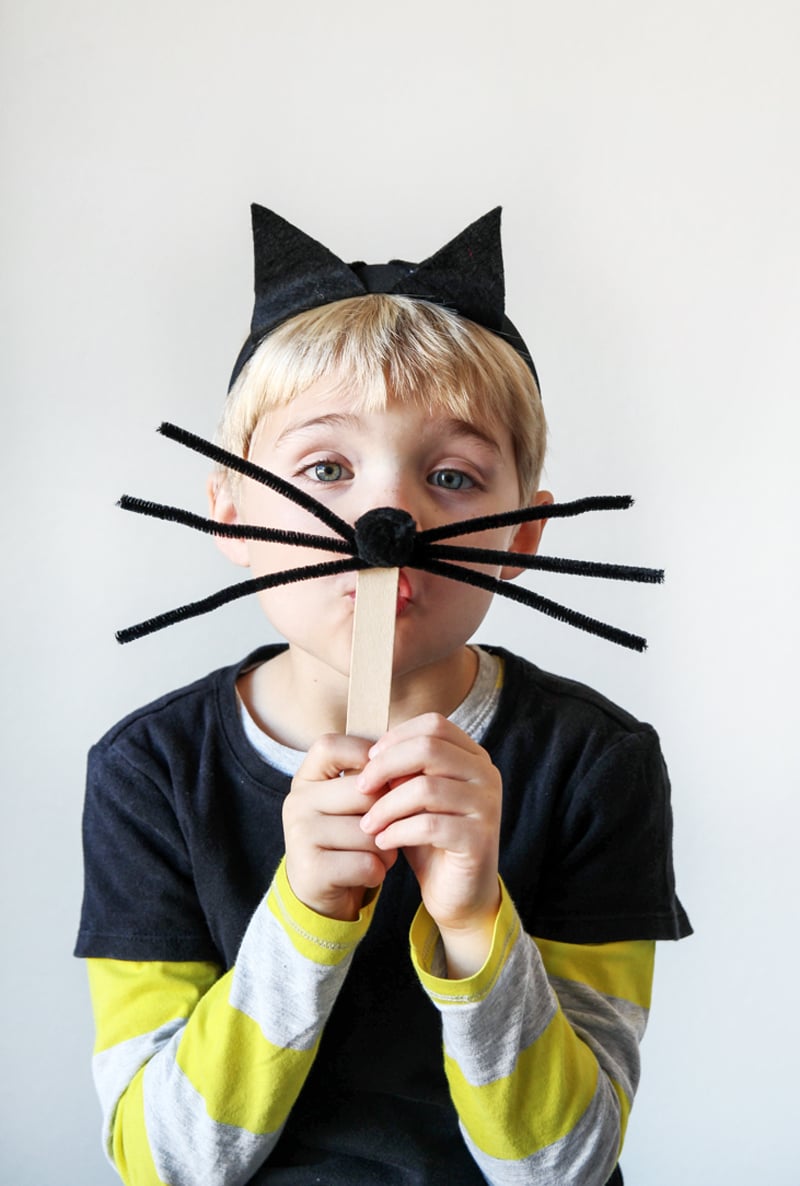 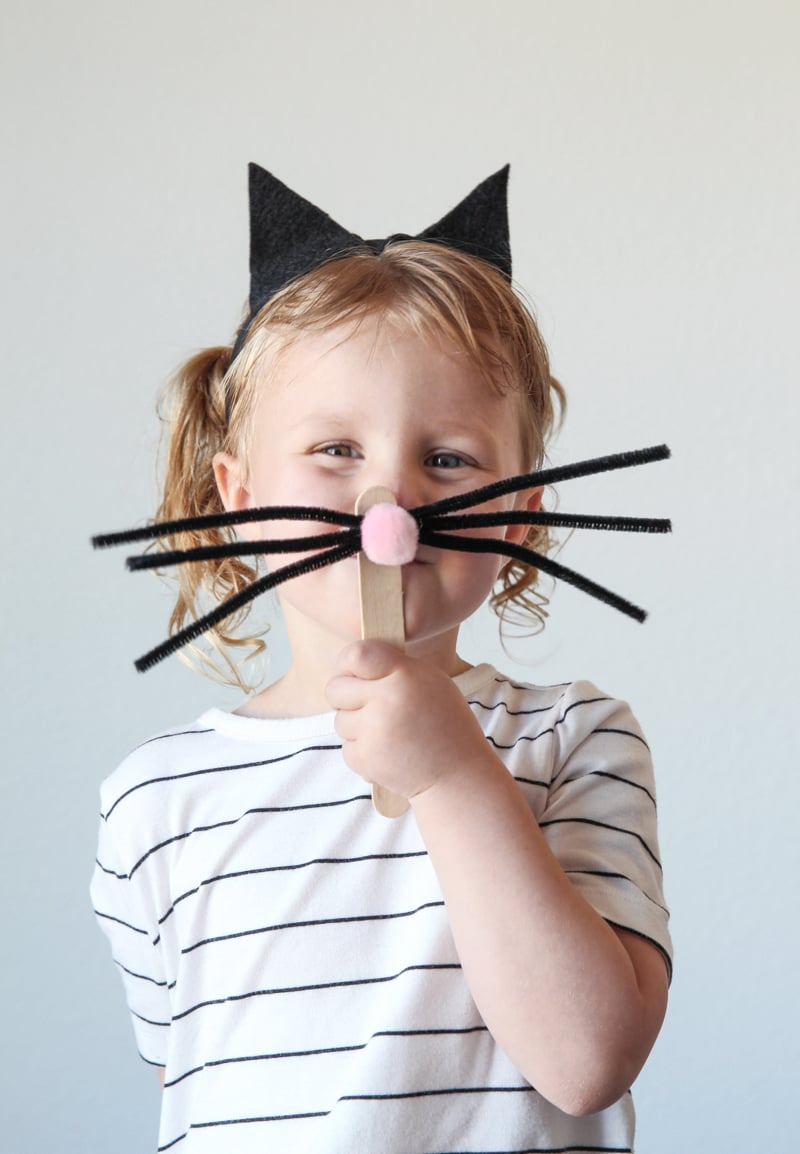