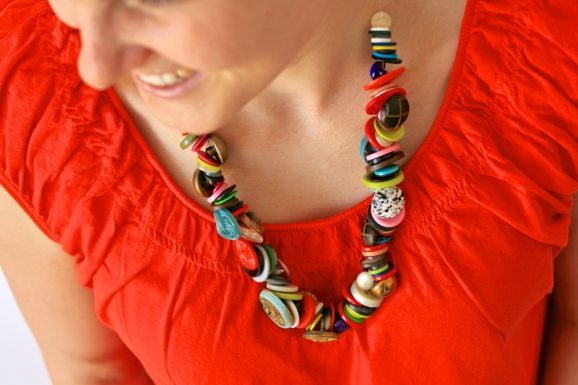 My cousin’s wife is super stylish. I’m always a bit envious of her fabulous outfits, many of which she sews herself. Well she has the most adorable necklace — it goes with everything because I swear she’s wearing it just about every other time I see her. Sometimes she layers it with other necklaces and sometimes wears it alone. After I couldn’t stand it any longer, I asked where she’d found such a gem. The answer: her daughter had made it by stringing a bunch of vintage buttons together! Sounds like a perfect gift for Mother’s Day or maybe Teacher Appreciation? 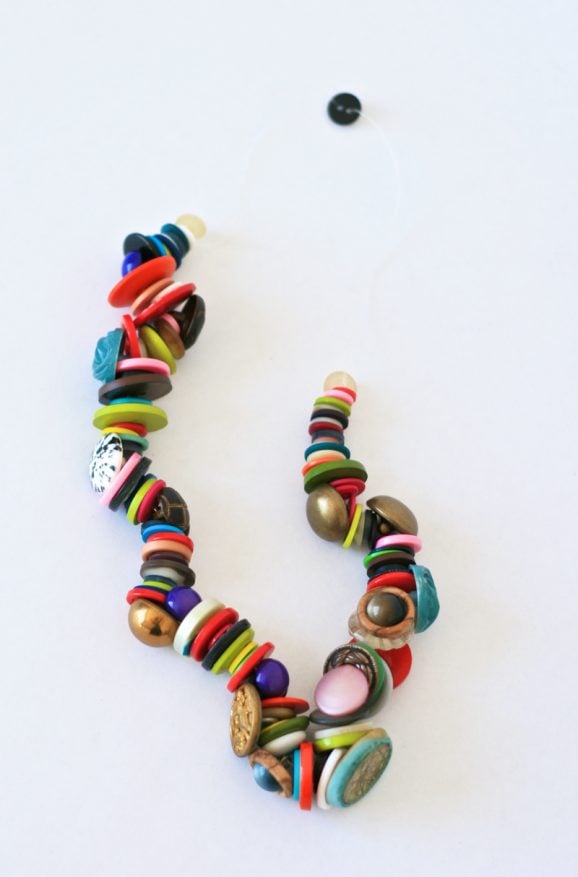 I mean the macaroni one junior made in preschool is sweet, but what if your kiddos could make a necklace you’d actually WANT to wear hundreds of times? Stringing buttons is as easy as working with cereal or noodles — the order doesn’t matter so just let the kids go to town!

I’ve had a small collection of vintage buttons I’ve been saving for just the right project, I combined it with leftovers from Piper’s Lalaloopsy party and the stash of random buttons I’ve been collecting in my sock drawer (you know the ones that come attached to new shirts and such), and let the kids loose. 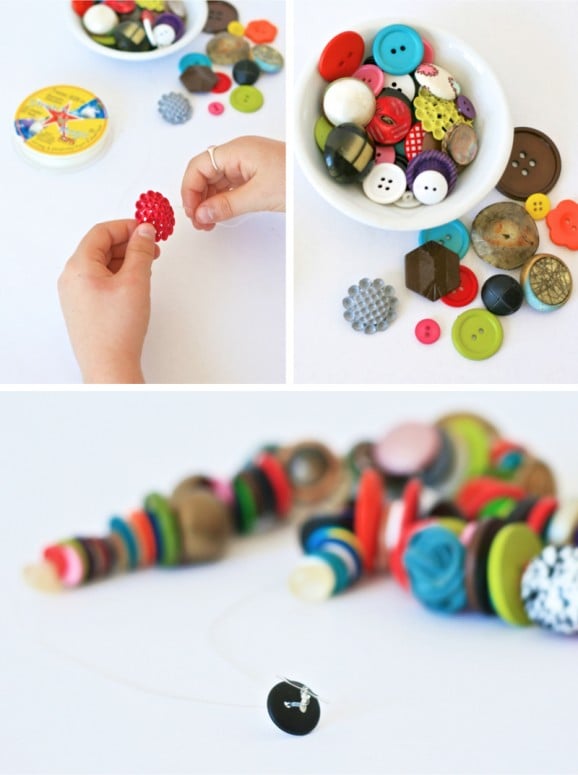 Stretch Magic is the perfect cording to use for this project. It’s really easy for kids to work with and since it’s so stretchy there is no need to bother with a clasp. The only tricky part is tying a good knot that won’t come out. We consulted a few tutorials (read this and this), and were all set. The button at the tie isn’t just for looks — it helped us pull the knot more securely. 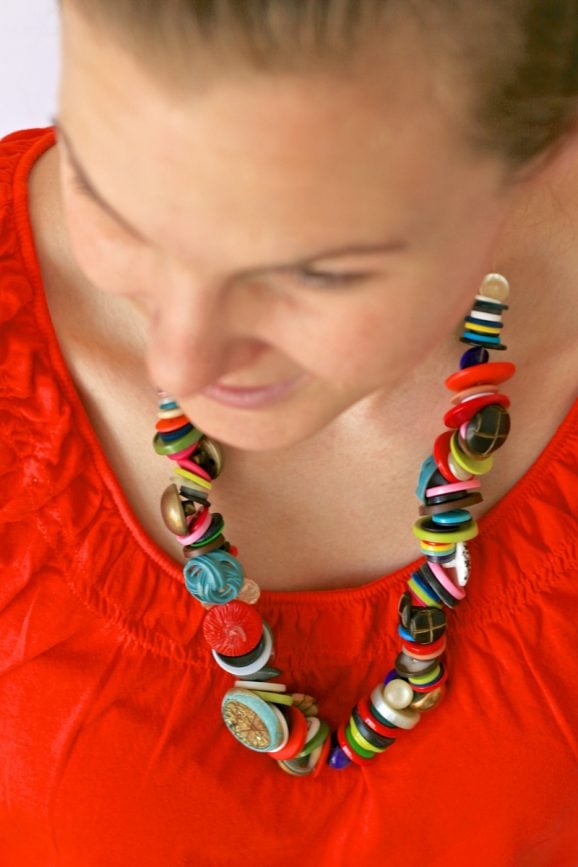