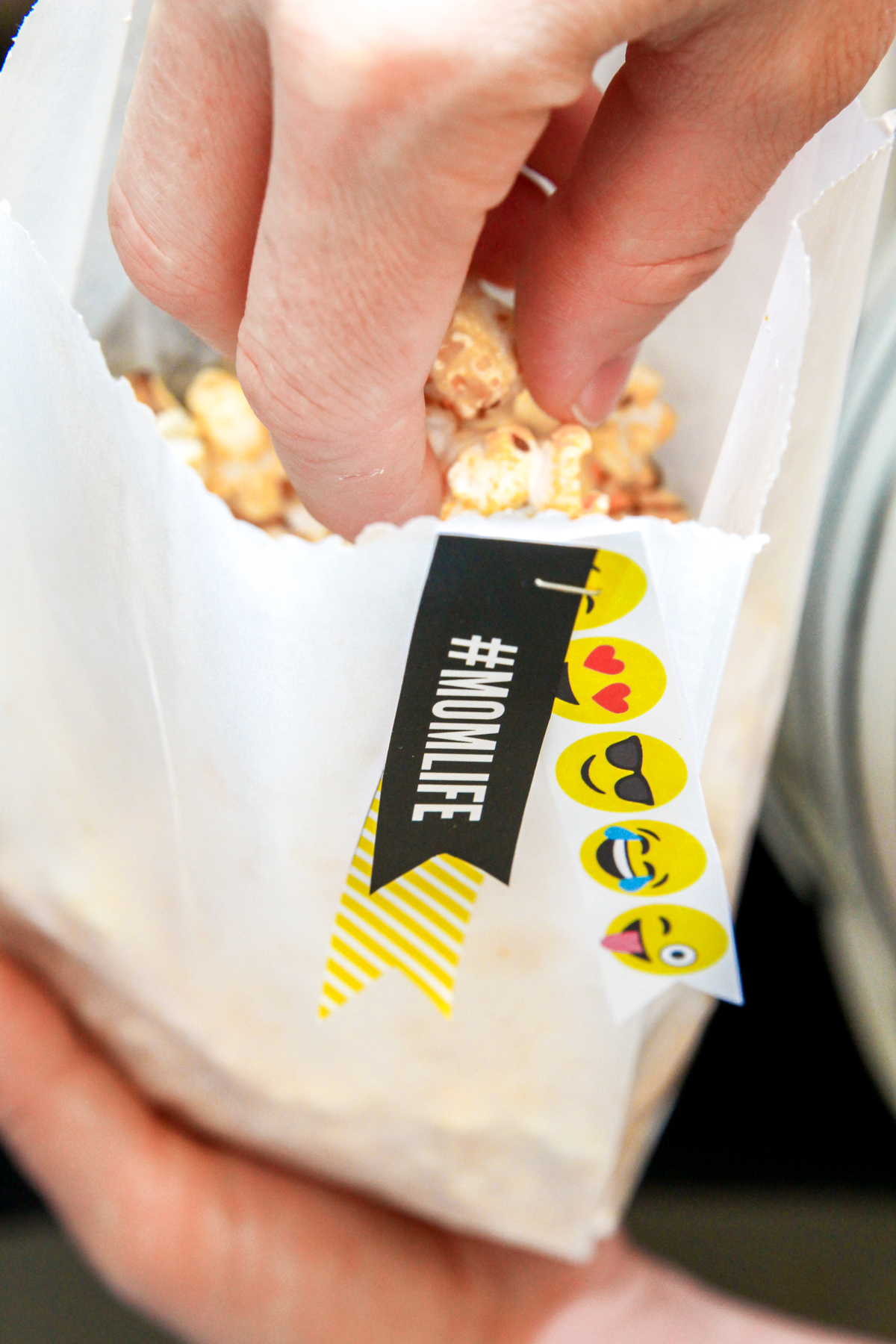 TO MAKE: First, melt the chocolate by placing the half cup of chocolate chips in a microwave-safe bowl and heat for one minute. Remove from microwave and mix with a spoon until the entire mixture liquifies. It is problematic to overheat chocolate when melting, so even if all the chips don’t melt, DO NOT put back in the microwave. The minute should provide enough heat and just stir until it all melts. Next combine the popcorn in a large bowl and mix well. Spread the popcorn mixture onto wax paper and drizzle with the melted chocolate. Immediately sprinkle on the chocolate chips. Let the melted chocolate harden then place into a serving container. 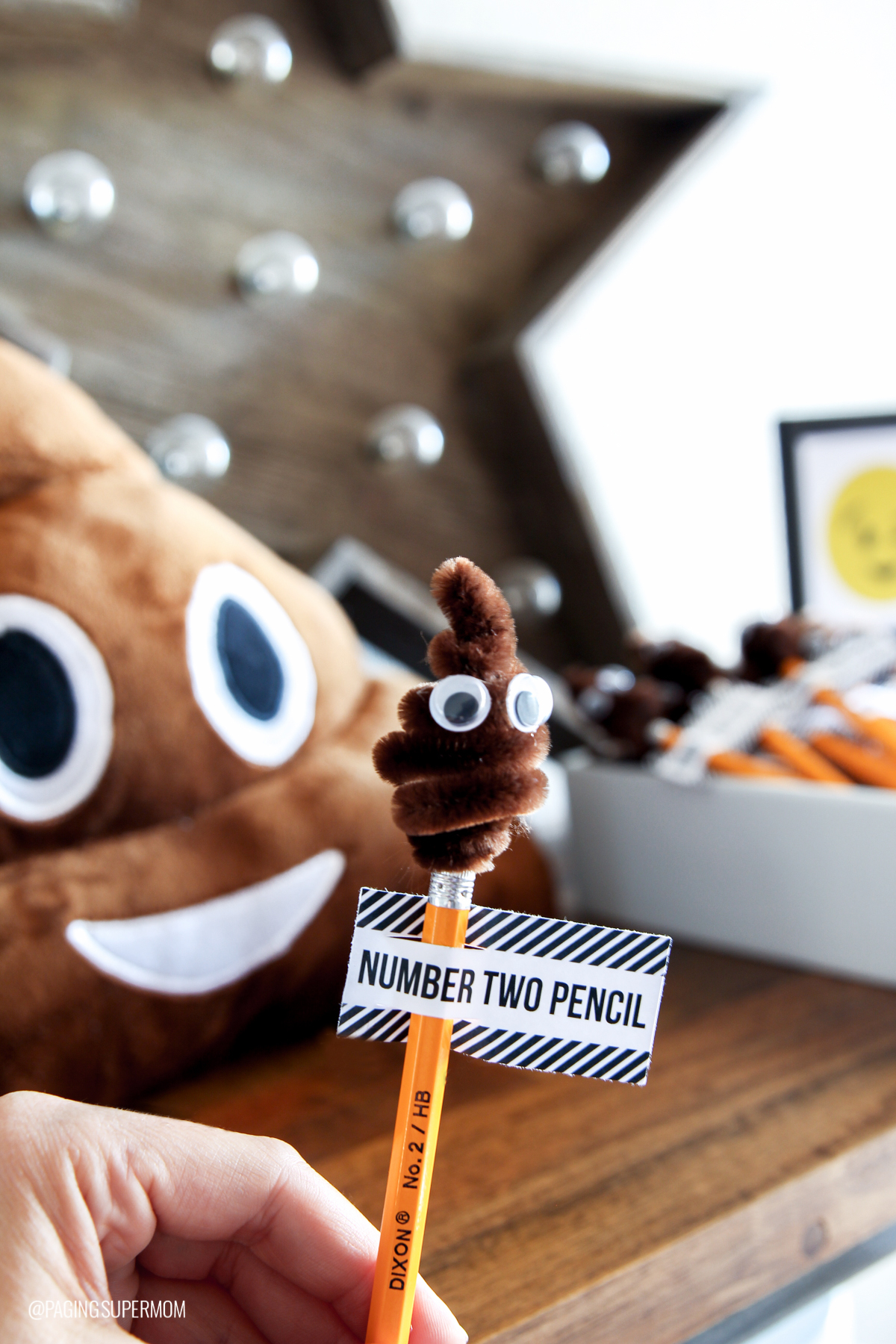 These “No. 2 Pencils” were the perfect party favor for a Poo Emoji Party! I used a Hershey’s kiss as a guide to help me create pipe cleaner Poo toppers for pencils. I began by wrapping one end of a brown pipe cleaner tightly three times around the top of the pencil (on the metal part just below the eraser). Then I placed the candy kiss on top of the eraser and used it as a guide as I wrapped the pipe cleaner around and up to the point, creating the correct shape. I tucked the pointed end of the pipe cleaner in on itself to finish off the top. I removed the candy kiss, by gently pressing it through a gap in the pipe cleaners, and then easily fit them back into place. I added 6mm Googly Eyes with a hot glue gun.

I had originally planned to leave the Hershey’s kisses inside of the pipe cleaners on top of the pencil, but they were a bit too heavy, made the pencil lopsided and just didn’t stay in place very well. It worked out much better to just removed them, and instead I set them out in a bowl for guests to eat at the party with a food tag that said “Unwrap a Poo Emoji.” I did try to track down Hershey’s kisses in a brown foil wrap, but sadly I couldn’t find that color. I know I’ve seen brown ones in a pack around Thanksgiving so you might get lucky and find brown kisses for your party.

I created a free printable “Number Two Pencil” Party Favor Tag that you can download with the rest of the Emoji Diaper Bash Kit by filling out the form below. 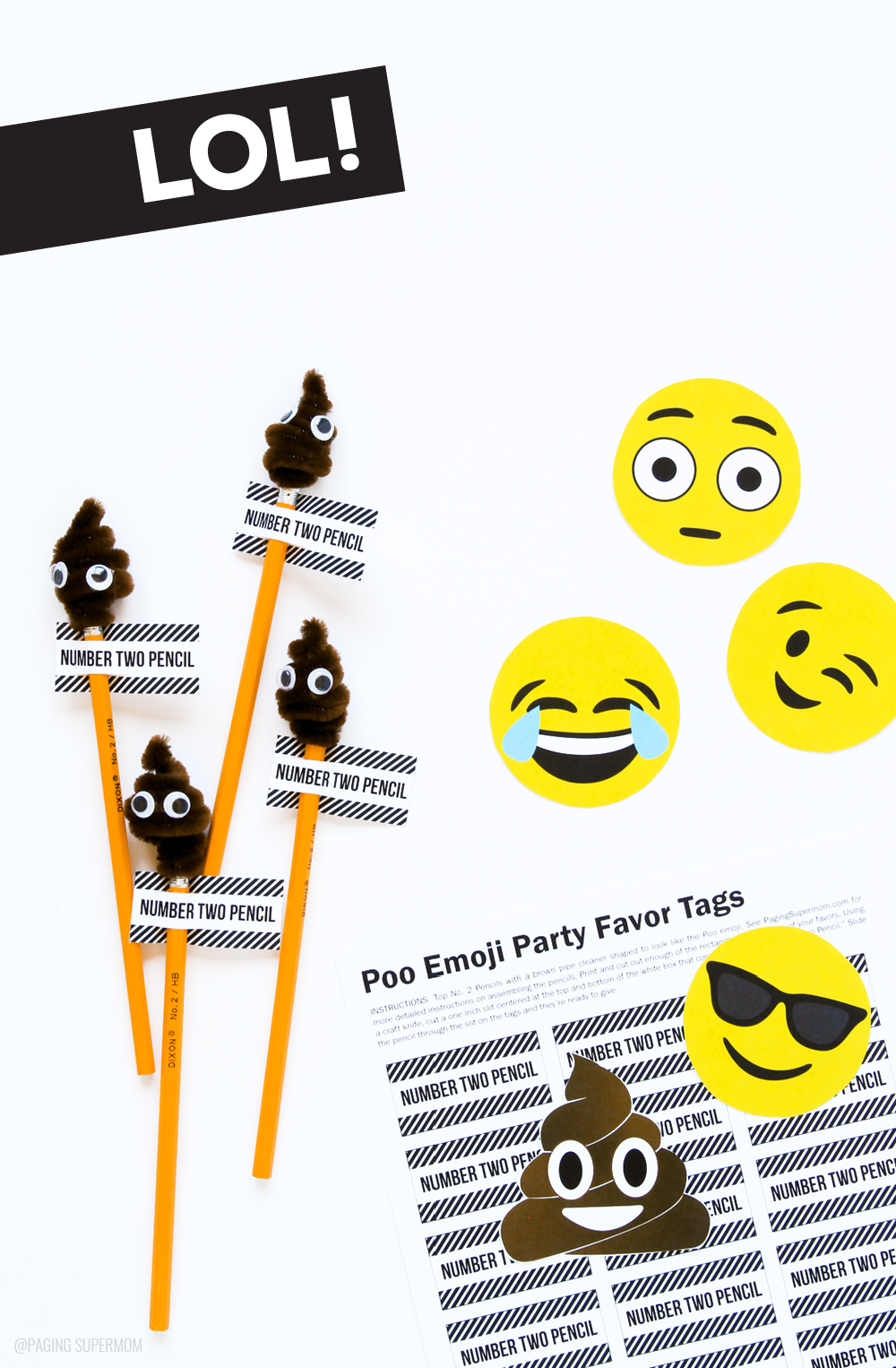 This Emoji baby shower was SO MUCH FUN! I know that every time I finish a party, that party is my favorite, but this one was particularly memorable. Since the subject matter was already a bit silly, everyone seemed to laugh and have such a great time with it. I can almost guarantee that I will be redoing an Emoji Party theme again soon as a birthday party — it would be a perfect birthday party theme for teens to adults. Okay! Here is all the sources you’ll need to bring these Emoji party ideas to life at your party… 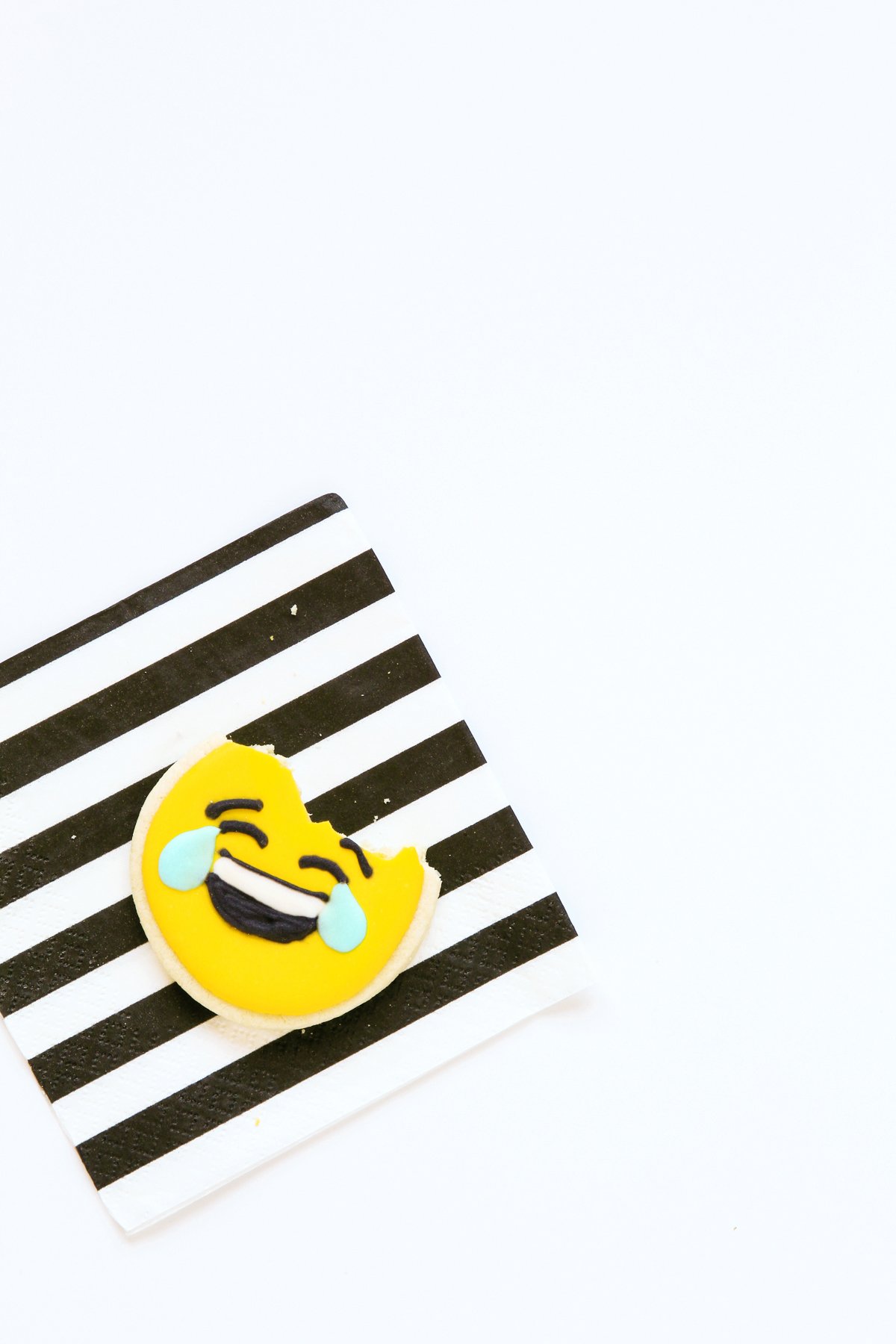 Bettijo is the founder and designer of Paging Supermom where she shares what she's dreamed up for family fun. Known for practical and kid-friendly activities, free printables and simple ideas for holidays. She is a single mom of three girls and one boy. Bettijo was a guest on the Martha Stewart Show and has frequently appeared on local television. Her work has also been featured in national magazines including Real Simple, O, Redbook, Parents, Family Circle, and Health. During quieter moments, she enjoys art, retro-modern design, photography and making new things. Bettijo lives with her four kiddos in Phoenix, Arizona.
Author Bio Box by HOI
Author:
Bettijo
Categories:
Mentions:
babies, baby shower, birthday, decor, emojis, freebies
Keywords:
Emoji Party ideas
Last Updated:
June 26, 2021
Pages: 1 2 3 4