My youngest brother graduated from ASU this month. My mom hosted his graduation party and asked me to help out by providing a few decorations. She wasn’t sure what theme to do, particularly since my brother wasn’t a big school fan, so the typical gold and burgundy didn’t seem to fit. I was racking my brain for graduation-themed ideas, but then I remembered how much Aaron adored these computer circuit board cufflinks I’d given him for Christmas a couple years back. Since his degree is in Computer Science I decided a geeky theme was a must! 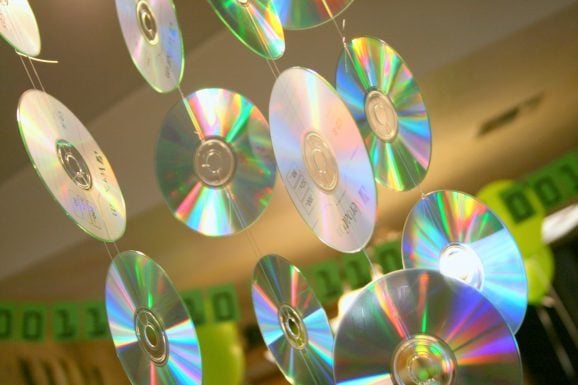 Once I got started with the computer theme, I had lots of party decor ideas come to mind. First up, was to make a Binary Code Banner spelling out “Class of 2011.” I knew my brother would think it was cool since he and his wife had binary code ones and zeros as the frosting pattern on their wedding cake (super geeky, right?). Then I realized that in binary code each letter is spelled out using an 8-digit, one and zero combination. Which would have made my “Class of 2011” banner 88 characters long. I quickly decided to go with the shorter 32-character banner you see in the photo that spelled out just “2011” in binary code. 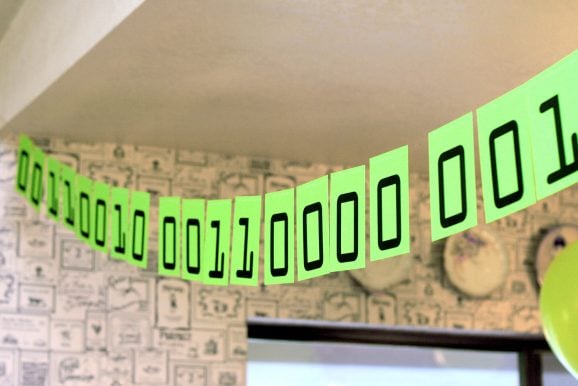 I created a stencil of the computer power button symbol — using a spare piece of chipboard and craft knife — to help frost the top of these Power Button Cupcakes. 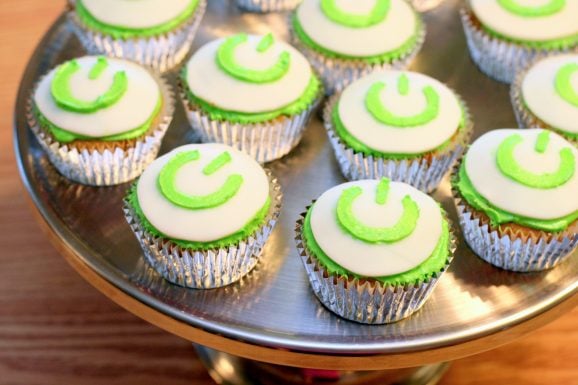 Who hasn’t admired the pretty rainbow shine on the back of a CD? They’re practically begging to be made into party decorations, and nothing could be more fitting for this party. I ordered a big pack of CDs then tied them together with fishing line and a square knot. I varied the lengths of the CD garlands — some were three disks and others were six long — then I tied them in groupings onto the light fixtures in the room. The effect was mesmerizing! 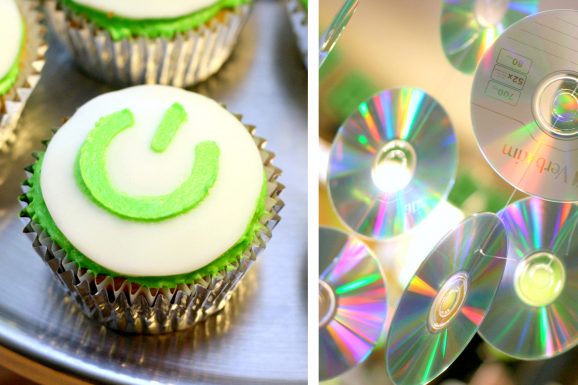 Using a thick permanent marker, I wrote some fun code onto the helium-filled balloons. In HTML the code is marked with tags set off by carrot symbols. The opening tag is enclosed with “< >” and the closing tag is the same but with a backslash symbol added. So essentially this balloon is heralding the end of homework or more directly translated: “close homework.” 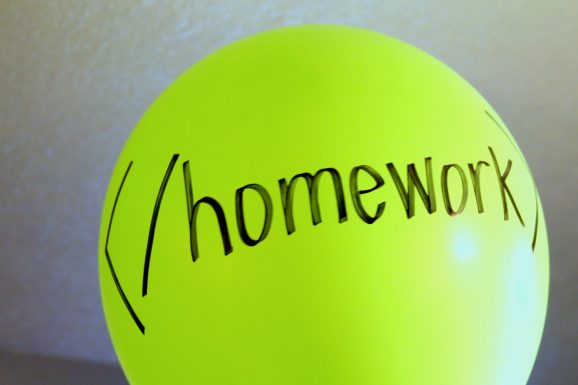 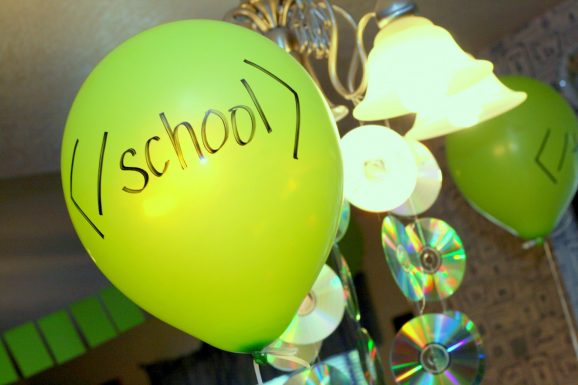 I also used the code markups to create fun labels to help guests keep track of their cups. 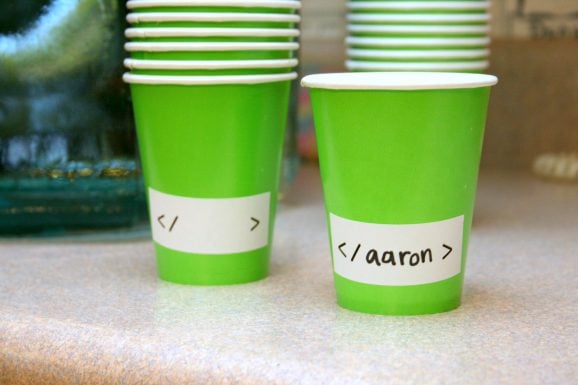 For my brother’s graduation gift, I made him a set of Geek Poetry Magnets for the side of his file cabinet at his new, geeky job. 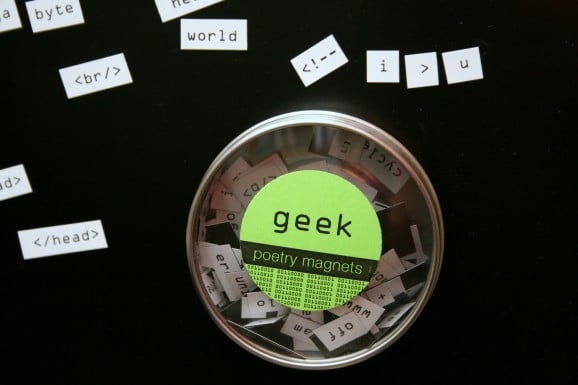 Not going for geeky? Here are some more fun graduation party theme ideas.

Bettijo is the founder and designer of Paging Supermom where she shares what she's dreamed up for family fun. Known for practical and kid-friendly activities, free printables and simple ideas for holidays. She is a single mom of three girls and one boy. Bettijo was a guest on the Martha Stewart Show and has frequently appeared on local television. Her work has also been featured in national magazines including Real Simple, O, Redbook, Parents, Family Circle, and Health. During quieter moments, she enjoys art, retro-modern design, photography and making new things. Bettijo lives with her four kiddos in Phoenix, Arizona.
Author Bio Box by HOI
Author:
Bettijo
Categories:
Mentions:
gifts, graduation, science, STEM Fun
Keywords:
Not Specified
Last Updated:
June 26, 2021