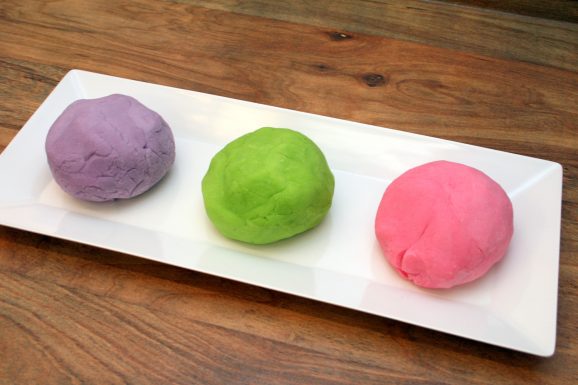 I’ll start off by saying that I’m not quite sure if “Playdough,” “Play Dough,” or even “Play-Dough” is the proper grammar for referring to that fun dough that kids love to play with. I know “Play-Doh” is the trademark. But no matter how you spell it, Piper and I recently whipped some up, and I was surprised at how easy it is to make.

I had my doubts about how nice the DIY dough would be, but I’m glad to report that over a month later, the homemade playdough is still soft, totally playable and the girls are loving it.

Now that we’ve established that where the fun factor is concerned, homemade playdough is just as good, I’m thrilled to be able to make it myself — it’s inexpensive, and it’s nice to know exactly what’s in it so you can rest easy if junior, say, decides to taste it, or if you have a child with allergies. (I found this gluten-free playdough recipe, although I haven’t had a chance to try it out.)

Plus, since I happen to love aromatherapy, I have a stash of essential oils which allowed me to naturally scent the girls’ homemade dough as well. Aromatherapy playdough is super-cool, right?!

Want Aromatherapy Playdough? You’ll also need a 1/4-teaspoon of essential oil, which you should be able to find at a local health food store. We did lime for green, grapefruit for pink, and lavender for purple.

So perhaps playing with the purple playdough before bedtime could be a very good thing? 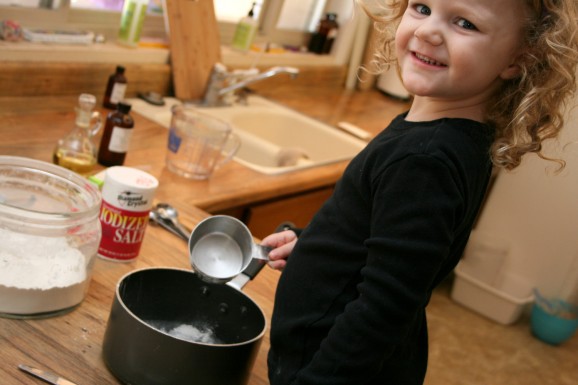 Okay — let’s make some playdough! Begin by mixing the dry ingredients (flour, salt and cream of tartar) together in a pan. 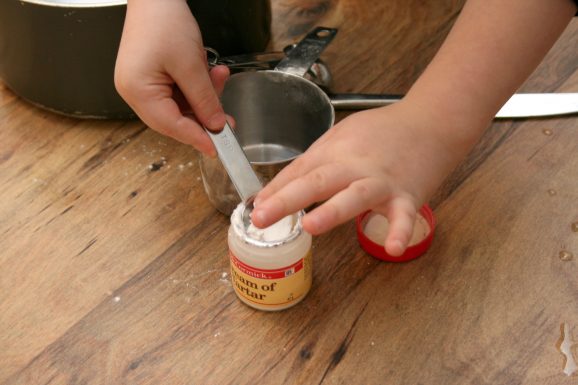 The one slightly unusual ingredient called for in the DIY playdough recipe is cream of tartar. When Piper asked me what it was, I wasn’t really sure so I told her it was the magic powder that makes the playdough work — she loved that!

We had some cream of tartar on hand since it’s also used in making Snickerdoodles, one of my favorite cookies. 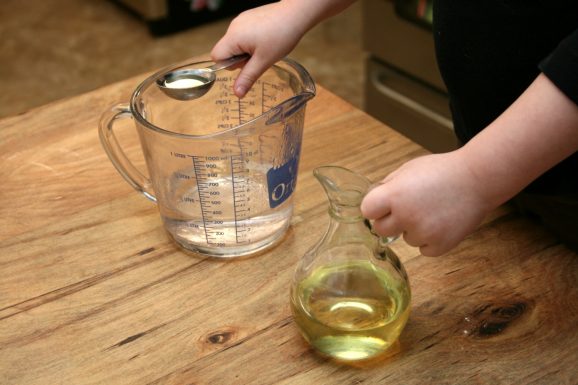 Next mix the wet ingredients (water, oil, food coloring) in a measuring cup — a glass one works best so the food coloring won’t stain. 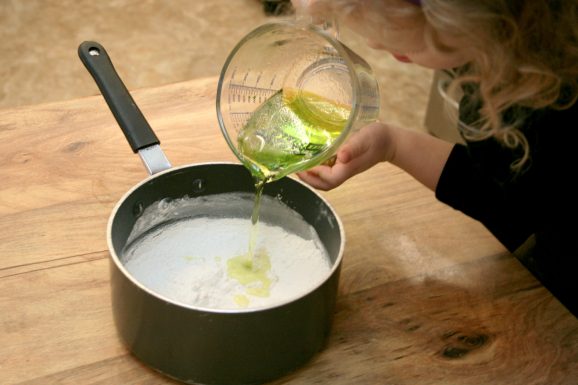 Pour the wet ingredients into the dry mixture in the pan. Carefully stir until combined. 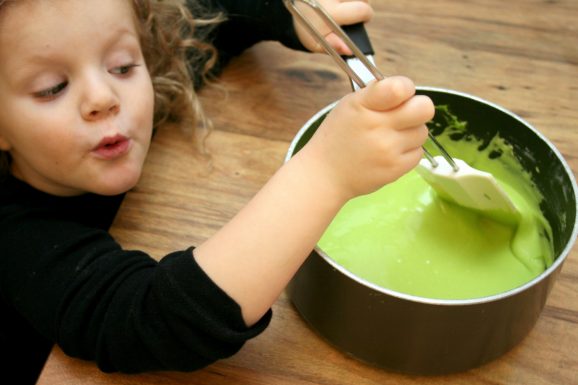 You want the mixture to be pretty homogeneous before placing on the heat so mix well. Cook over medium heat for about 30 seconds to a minute. The cooking goes fast so stay close, and be careful not to overcook since it dries out the dough. 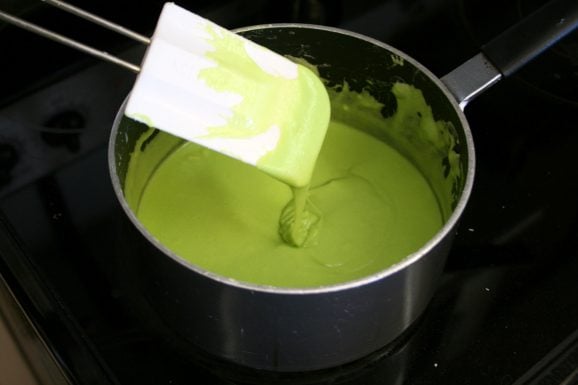 If using, now is the time to add a 1/4-teaspoon of essential oil. My pipette measures in mL, and I did about 1.5 mL. 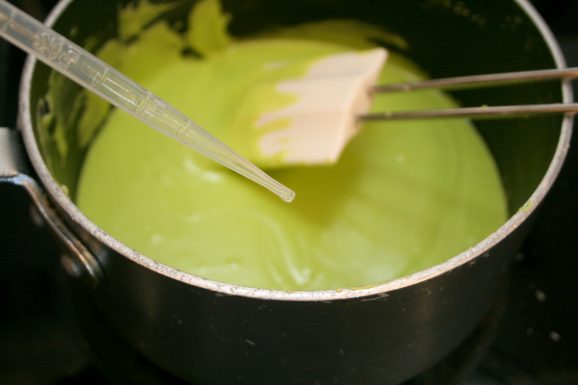 Mix in the essential oil and continue cooking, stirring constantly, about 30 seconds more. 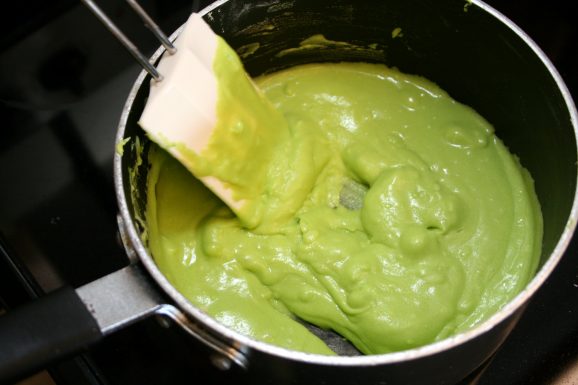 The dough will get clumpy and then start to pull away from the sides of the pan. 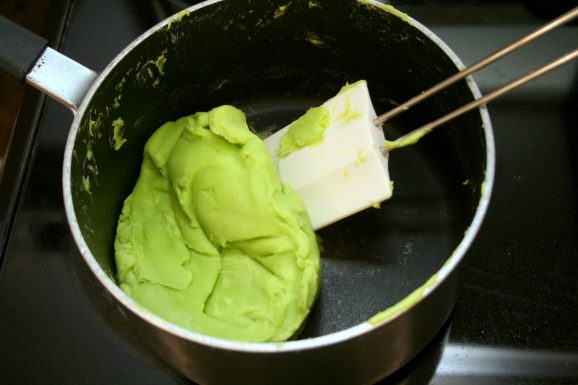 Once it starts pulling together it’s done. Hurry and scrape the dough into a ball and remove from the pan. 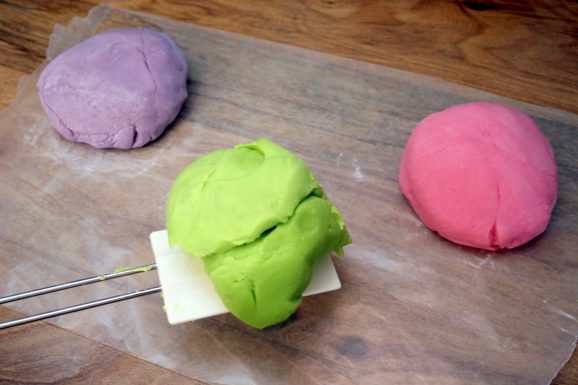 Place the cooked dough on a sheet of wax paper and knead a few times until smooth. 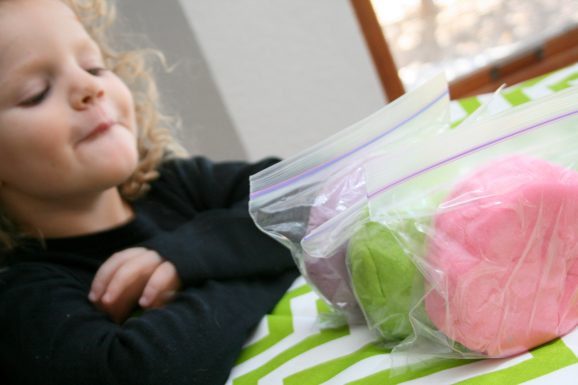 Store the dough in an airtight container so it won’t dry out. Although we originally had our playdough in the zip-top bags shown here, I found that little fingers couldn’t resist poking at the dough through the baggie and would end up puncturing the thin plastic. With that in mind, a sturdier container would be a better option. Ours has kept for over a month, and I’ve heard that keeping homemade playdough in the refrigerator helps it last for many months.