Remember back in the day when cereal prizes actually came in the box — no filling out forms and waiting forever. We are excited to report that Big G Cereals has teamed up with Star Wars for one of the coolest cereal prize campaigns ever — collectible Star Wars Pens are IN THE BOX of specially marked Big G Cereals now through the end of the year or while supplies last (which might not be long so don’t wait). 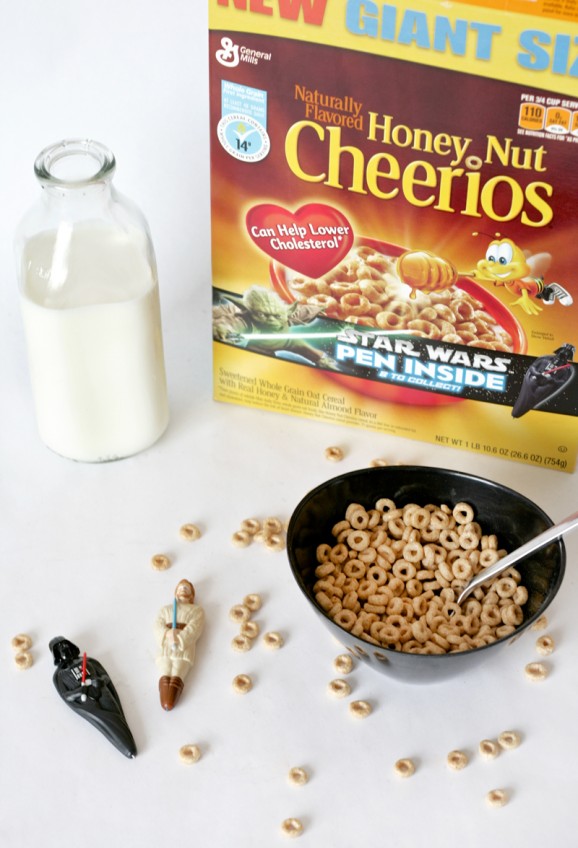 Since Star Wars fans are having so much fun playing with these Cereal Pens, Big G has created a special Cereal Wars website where they are sharing hilarious Star Wars Edible Episodes that you can watch with your kiddos. 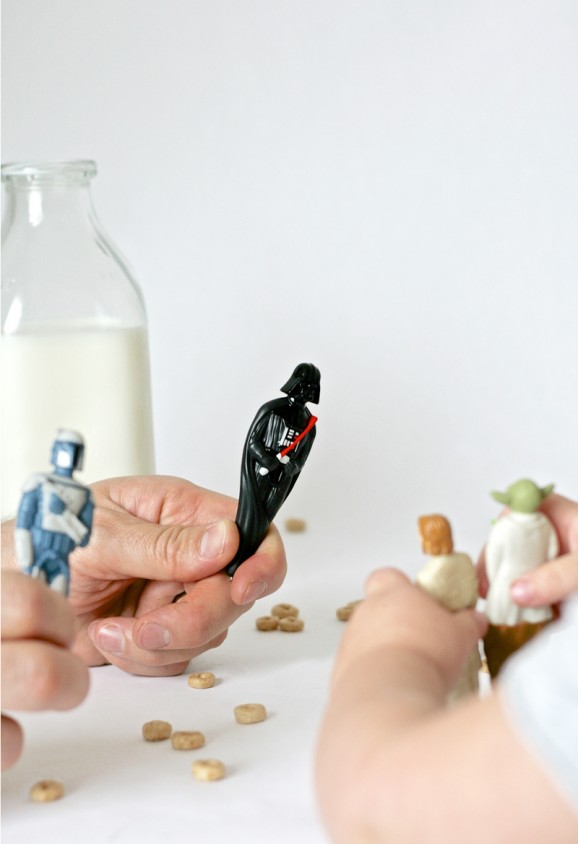 While you’re on the Cereal Wars website be sure to submit your favorite Star Wars scene — they are taking suggestions for which ones to re-enact into an Edible Episode. Select the “Request” button at the top of this page, and submit your idea for a scene, or get creative and upload your own video for a chance to be featured on the Cereal Wars website!

The pens are rad — but there are also giveaways of 5 awesome collector’s items from the official Lucasfilm archives! Go see. 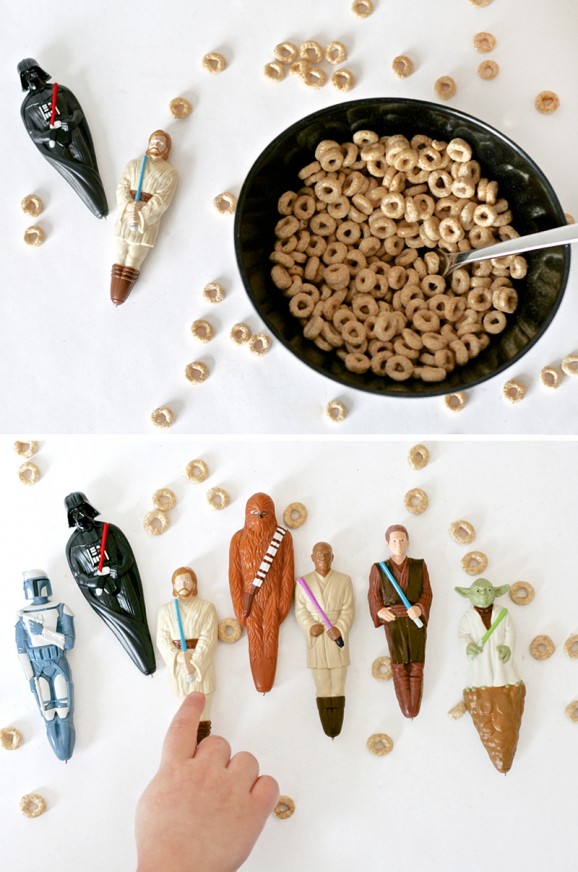 The Star Wars Pens can be found in these participating Big G cereals: Honey Nut Cheerios, Cinnamon Toast Crunch, Reese’s Puffs, Golden Grahams, Cocoa Puffs, Trix and Lucky Charms. Not a bad line up. There are at least three of our families favorites in that list. 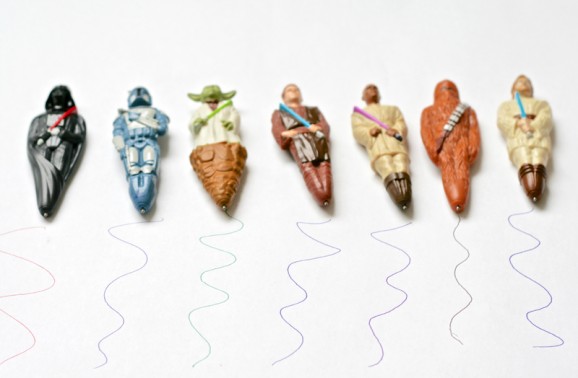 If you make a Cereal Wars Edible Episode to share be sure to @pagingsupermom on Instagram and tag #CerealWars so we can see it!

Thanks to General Mills for sponsoring today’s post and inspiring some fun Star Wars creativity in our house. Bettijo is the founder and designer of Paging Supermom where she shares what she's dreamed up for family fun. Known for practical and kid-friendly activities, free printables and simple ideas for holidays. She is a single mom of three girls and one boy. Bettijo was a guest on the Martha Stewart Show and has frequently appeared on local television. Her work has also been featured in national magazines including Real Simple, O, Redbook, Parents, Family Circle, and Health. During quieter moments, she enjoys art, retro-modern design, photography and making new things. Bettijo lives with her four kiddos in Phoenix, Arizona.
Power Bio Box by Zyra App
You are here: Home activities Cereal Wars… May the Force Be With You!
Title:
Cereal Wars… May the Force Be With You!
Authors:
Categories:
Mentions:
giveaways, movies, obsessions
Keywords:
Not Specified
Last Updated:
February 2, 2017