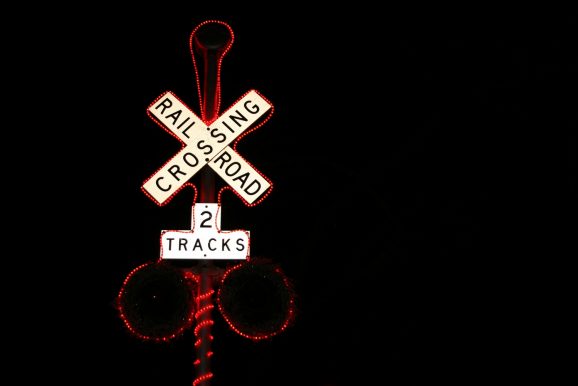 While running some errands a few weeks ago, my five year old blurts out that she doesn’t want to mail a letter to Santa this year, but instead she wants to go visit him at his house.

My response: “Okay, but how will we get there? The North Pole is pretty far away.”

“Isn’t there a train or something that we could ride on,” Attalie says, vaguely remembering the Polar Express movie she saw a few years ago.

Me: “Yes, I think there is a train called the Polar Express, but I’m not sure where we go to get on it.”

Miss Smarty Pants: “Well why don’t you type ‘train to the north pole’ into the computer. I’m sure it will know.”

Good answer because the computer knows everything, right?! Of course she was right. When I googled “Polar Express” I found TheTrain.com — website for the Grand Canyon Railroad in Williams, Arizona, which also runs two nightly trips to the North Pole during the Holiday Season. 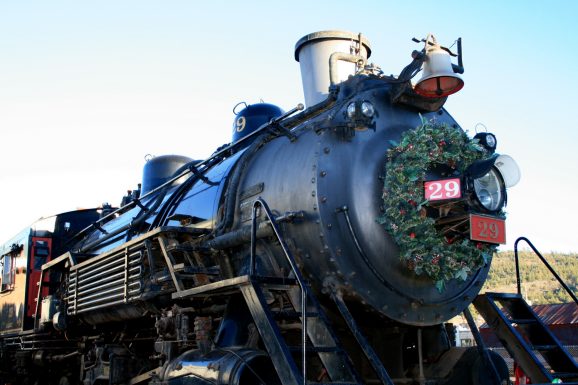 To my daughter’s dismay there was no Tom-Hanks-looking conductor punching out messages on the tickets, but this was the quaint window in the Train Depot where we picked up our tickets. 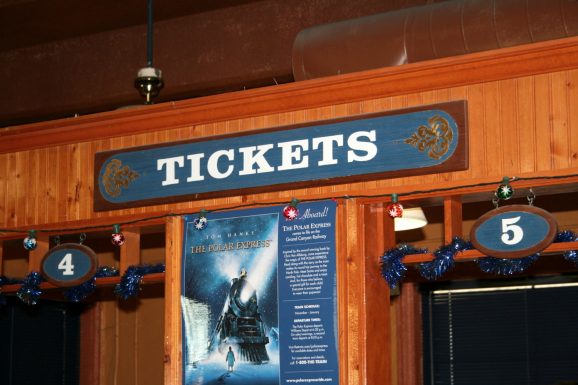 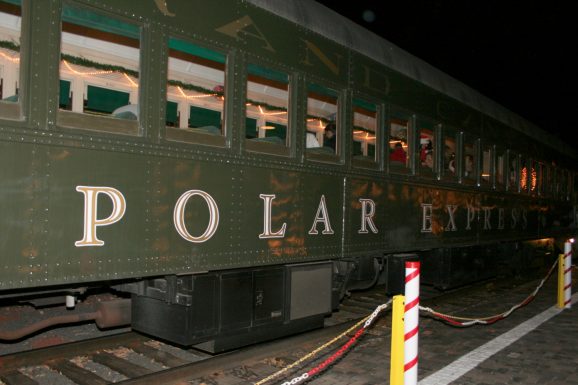 All aboard the Polar Express! 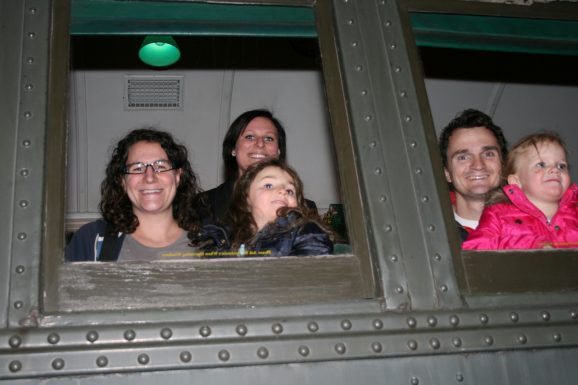 The train ride was much as I would have expected from reading the book and seeing the movie. We enjoyed hot chocolate and cookies served by helpers dressed up in chefs’ uniforms. 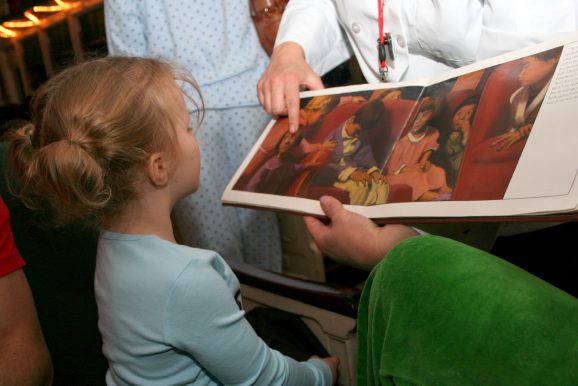 Then the Polar Express story was read aloud. Miss Piper loved looking at the pictures. 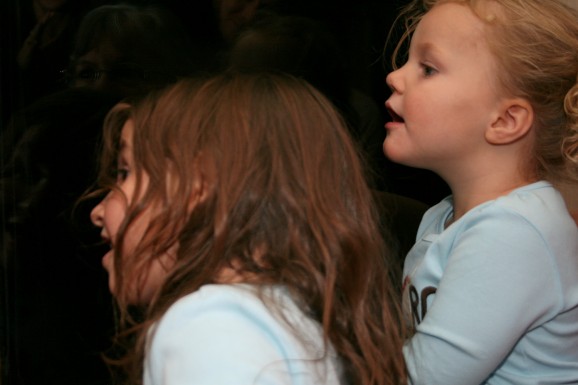 After passing through a “warp tunnel” the chefs told us to watch out the windows for the northern lights and the North Pole. 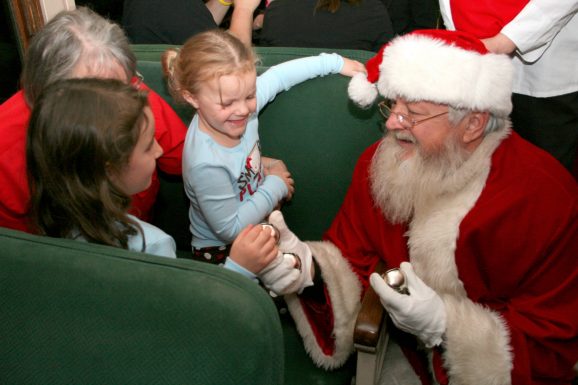 Then the big man himself, boarded the Polar Express and handed out bells to all the children. On the train ride back we sang Christmas songs. 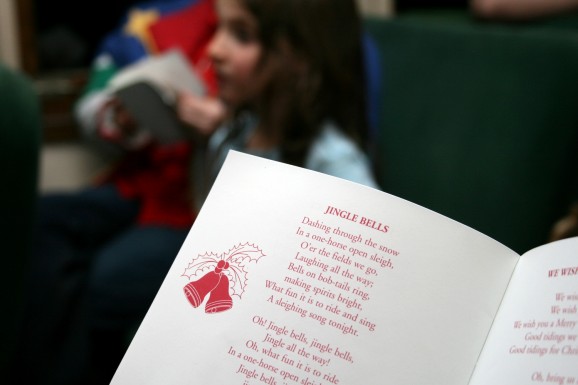 In the story the little boy lost his precious bell — Attalie held onto her bell but instead lost her first tooth on the Polar Express. So we lucked out with a visit from Santa Claus and the Tooth Fairy in one night! 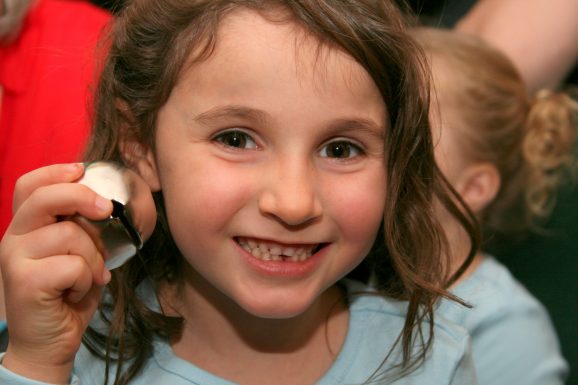 Bettijo is the founder and designer of Paging Supermom where she shares what she's dreamed up for family fun. Known for practical and kid-friendly activities, free printables and simple ideas for holidays. She is a single mom of three girls and one boy. Bettijo was a guest on the Martha Stewart Show and has frequently appeared on local television. Her work has also been featured in national magazines including Real Simple, O, Redbook, Parents, Family Circle, and Health. During quieter moments, she enjoys art, retro-modern design, photography and making new things. Bettijo lives with her four kiddos in Phoenix, Arizona.
Power Bio Box by Zyra App
You are here: Home holidays Santa Claus & The Tooth Fairy
Title:
Santa Claus & The Tooth Fairy
Authors:
Categories:
Mentions:
superkids
Keywords:
Not Specified
Last Updated:
June 26, 2021