If you visited us over the weekend you saw that we were gearing up for some Fourth of July excitement this week! Actually we are hosting a good, old-fashioned Fourth of July Parade this week with Land of Nod. The party is going on both here and over at Land of Nod’s blog.

We were totally inspired by all the fun musical instruments that Land of Nod carries — in patriotic colors too — they reminded us of July 4th parades, marching bands and Bettijo’s favorite musical Music Man. We decided to combine these toys with classic American foods like watermelon, peanuts, popcorn and apple pie, to create a July 4th dessert table your family and friends will love. 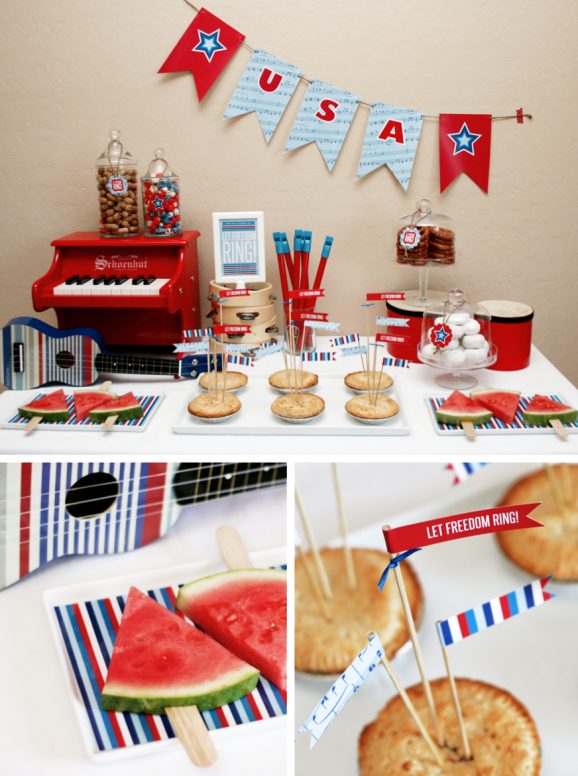 We chose simple, white serving platters since we wanted the instruments to be the stars of the show. The watermelon is served on our favorite, versatile trays — Medium Cuatro Platters, which are just $3.95 at CB2.com. For this party we dressed them up with a printable Patriotic Stripe Tray Liner (download the free file here) inspired by Land of Nod’s striped ukulele. 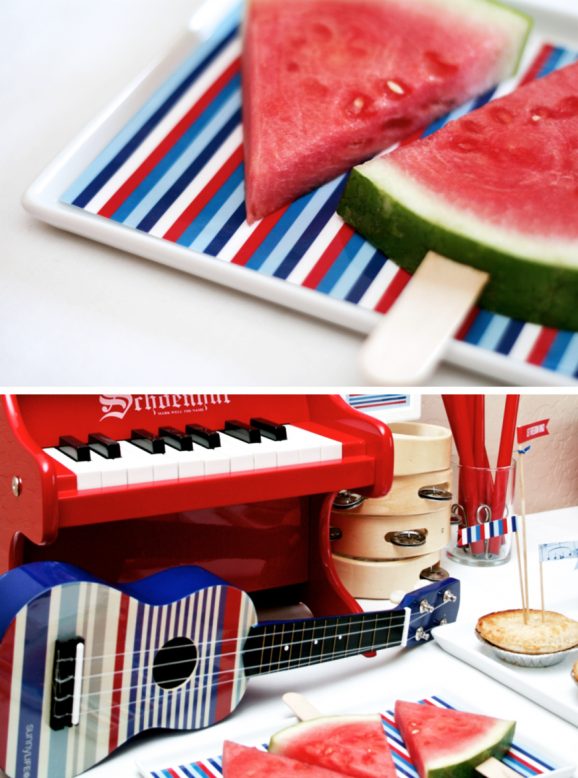 We served Firecracker Apple Pies on a Large Cuatro Platter. Of course nothing’s more American than apple pie, but to make ours even more patriotic we added explosive party flags in varying heights. 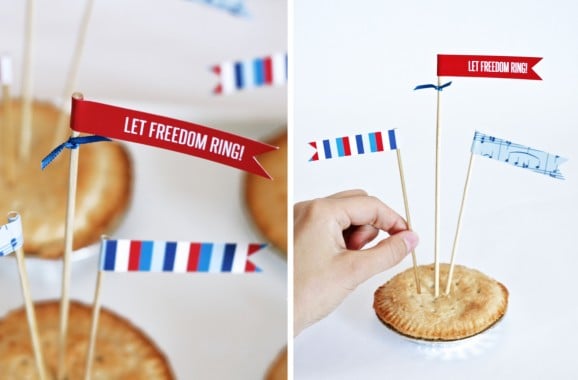 To make your own Firecracker Apple Pies: Download and print the free party flag template, cut to size, and glue to barbecue skewers. Trim the length of each skewer so they will be uneven when placed in the pies.

More party ideas and free printables coming over the next few days. Be sure to check back tomorrow for a Fourth of July Party Favor idea that will Let Freedom Ring!