Today we have the talented Melissa from the Polka Dot Chair visiting with a little basic sewing tutorial for her Books Alive project.

Hello! I’ve had so much fun following along with the Books Alive series here at Paging Supermom this summer. Even though my kids are older now, I still love a good children’s book. When my kids were little we tried to read to them as much as possible. Some nights it went well, other nights not so much.

After we had our first daughter, we struggled with fertility problems for a few years. My oldest daughter was almost six when her twin siblings were born and was quite used to being the only kid around for a while. Overall she had a great transition to sibling”hood” but there were a few bumps along the way.

Which brings us to one of my absolute favorite books, Julius, the Baby of the World by Kevin Henkes. Lilly (of Lilly’s Purple Plastic Purse, another AWESOME book) has a baby brother and does not adjust well to his presence. She says mean words to him while he’s sleeping and warns pregnant mothers that they will regret their baby bumps. She also spends more time than usual in her “uncooperative” chair. In the end she comes around to the idea of a baby brother, but the way that she deals with him early in the book is absolutely hilarious! 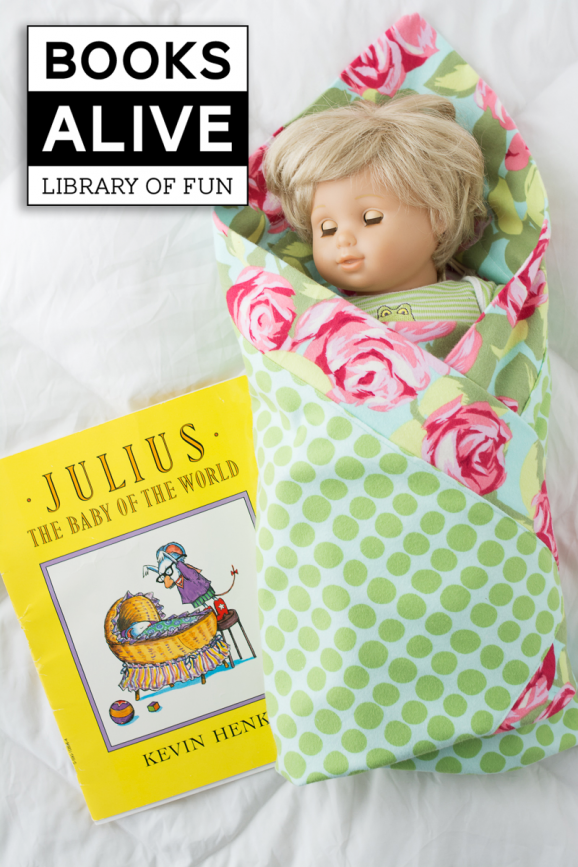 Reading this book again reminded me how it can be sometimes hard for older siblings when new babies come home. There is so much love and attention focused on the baby, and I can see why they sometimes feel left out.

I always love giving handmade baby gifts, so I thought that maybe it would be fun to give a handmade gift to a sibling instead. So, for my Books Alive project, today I’m sharing with you how to make this very simple self binding receiving blanket that’s the perfect size for a baby doll! This is a VERY simple sewing project, so simple in fact that older kids could sew one themselves with just a little bit of help. 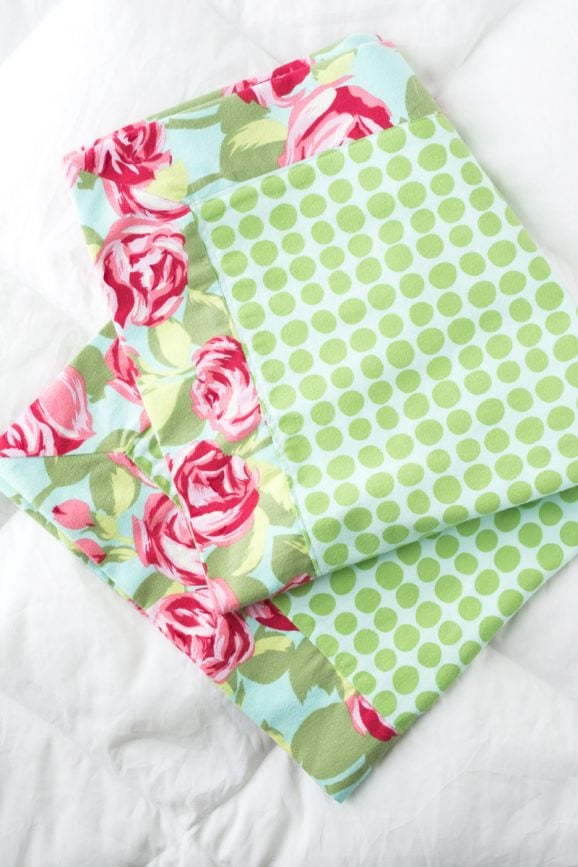 To make the blanket you’ll need:

Begin by pinning your two flannel pieces right sides together. To do this you want to find the center of each of the four sides of both pieces and begin my matching up the centers. Then pin out from there. Since the pieces aren’t the same size you’ll end up with a funny bunny ear looking thing at the end as shown below. Don’t worry; this is correct! 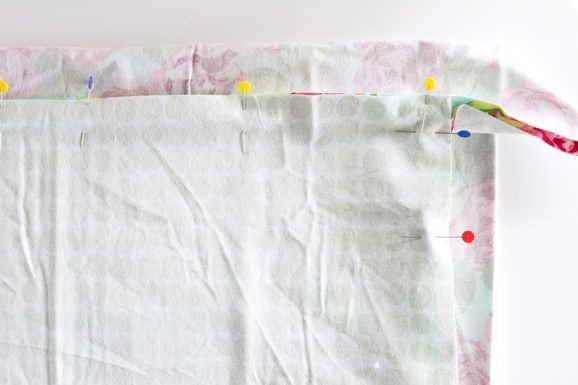 Sew each of the four sides, starting and stopping a half inch from the end of the fabric. Leave a four-inch hole in one of the sides so that you can turn the blanket right side out.

After you’ve sewn all four sides, fold the blanket in half diagonally so that it makes a triangle. 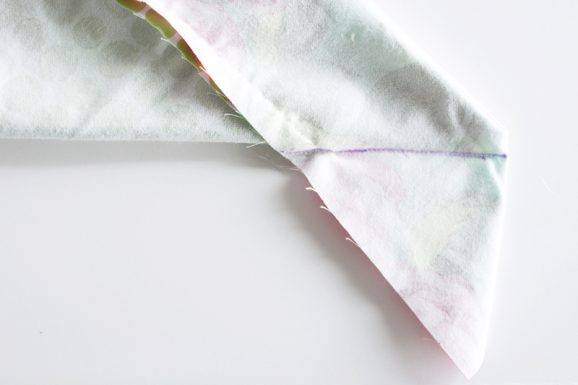 Two of the corners will look like the photo above. Using a fabric marking pen draw a line from the point you stopped sewing to the end of the fabric. Sew along the line.

Turn right side out and press the blanket well. Top stitch along the edge of the center of the blanket making sure to catch the opening in the blanket as you go.

Melissa Mortenson is the writer behind the Polka Dot Chair. She taught Bettijo how to sew this fabulous Bow Clutch at SNAP. This supermom of three grew up in Salt Lake City but is now happy to call Kentucky home. She has been blogging for six years, sharing craft and sewing ideas with readers. She has been featured on numerous craft and lifestyle websites, and has had her work published in three books. She is the author of Project Teen: 21 Handmade Gifts your Teens will Actually Love, releasing in September 2014. Books Alive: What Do You Do With An Idea Books Alive: The Book With No Pictures Light The World With Me! 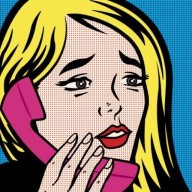 No one can be super all the time, but we each have our moments. PagingSupermom.com is dedicated to making and sharing "Supermom Moments" -- those little successes of motherhood!
Power Bio Box by Zyra App
You are here: Home books Books Alive – Julius, Baby of the World
Title:
Books Alive – Julius, Baby of the World
Authors:
Categories:
Mentions:
babies, books alive, crafts, training
Keywords:
Not Specified
Last Updated:
June 26, 2021
Not Specified

1 thought on “Books Alive – Julius, Baby of the World”